Back on track, Oxford heads to Lewisburg 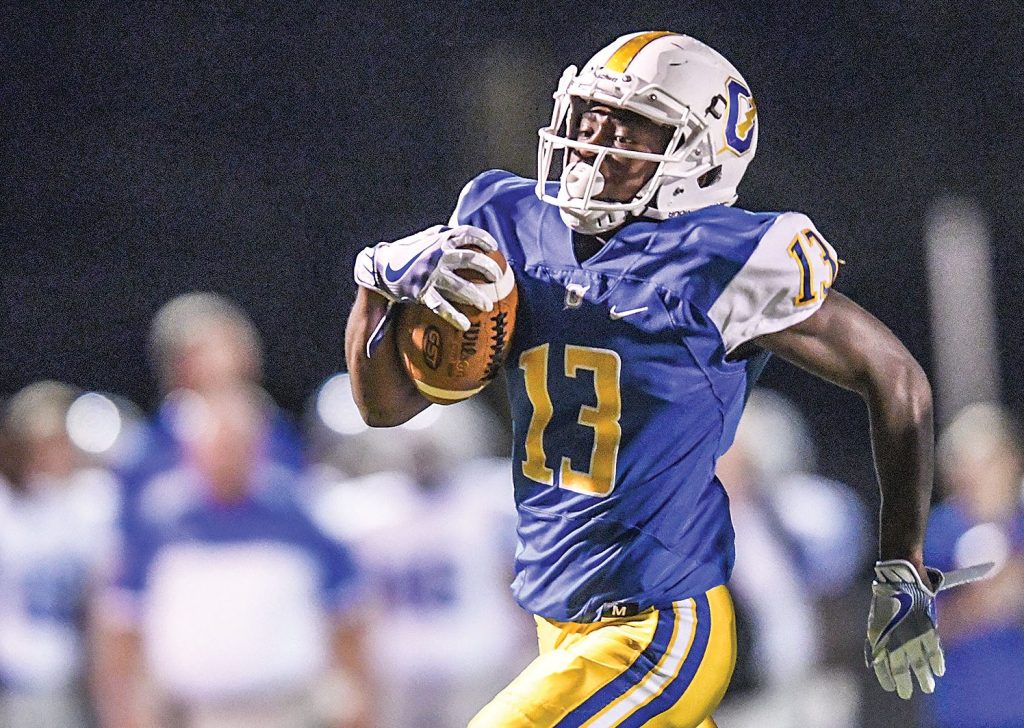 Wideout Barry Flowers (13) and the rest of the Chargers are looking for their first region win on the road Friday against Lewisburg. (Bruce Newman)

All is well again at Oxford. After back-to-back losses where the offense was held to one score (a field goal and a touchdown) in each game, the offense was back to its normal self last week against Saltillo.

The Chargers earned their first Region 1-5A win with a convincing 42-0 win over the struggling Tigers of Saltillo. Now Oxford must carry that momentum into Friday and earn their first region road win as they head north to Lewisburg (7 p.m., 95.5 FM).

“Defensively, we put together a very complete game,” Oxford coach Chris Cutcliffe said. “We felt like defensively we played pretty well against Lafayette and West Point a high percentage of the time. We just gave up some big plays that cost us points. We challenged our guys to really put together a complete game and eliminate any of those big plays.”

Another thing that has Oxford (3-3, 1-1 Region 1-5A) looking like its old self again is the fact they were able to put drives together, finding the end zone five times against Saltillo. It was the first multi-touchdown game for the Chargers since their Sept. 2 win over Madison Central when they scored three touchdowns.

“Offensively I thought we executed at a much, much higher level,” Cutcliffe said. “It was good to get some confidence back. I think our guys will hopefully build on that and continue to improve.”

Their new-found confidence will be put to the test against Lewisburg (2-5, 0-2), losers of their last four, including last week’s 55-6 blowout loss at Lake Cormorant. The Patriots traveled to Oxford and were dealt a 56-21 loss at Bobby Holcomb Field last year, which was part of a seven-game losing skid.

“Lewisburg is big on both sides of scrimmage,” Cutcliffe said. “We definitely have to be ready for that. They do a lot of things well on both sides and a lot that you have to prepare for.”

A common theme that Cutcliffe has been preaching throughout the first half of the season has been the need for consistency. He got it last week against Saltillo, but the first-year coach is wanting his players to bring that to the practice field Monday through Thursday and not just wait to turn it on when the lights come on at the end of each week.

“I think our guys are responding and understanding that the key is to be playing as well as we can be playing at the end of the season,” Cutcliffe said. “To do that, you have to improve each and every day and each and every week. That’s what we’re building toward right now.”