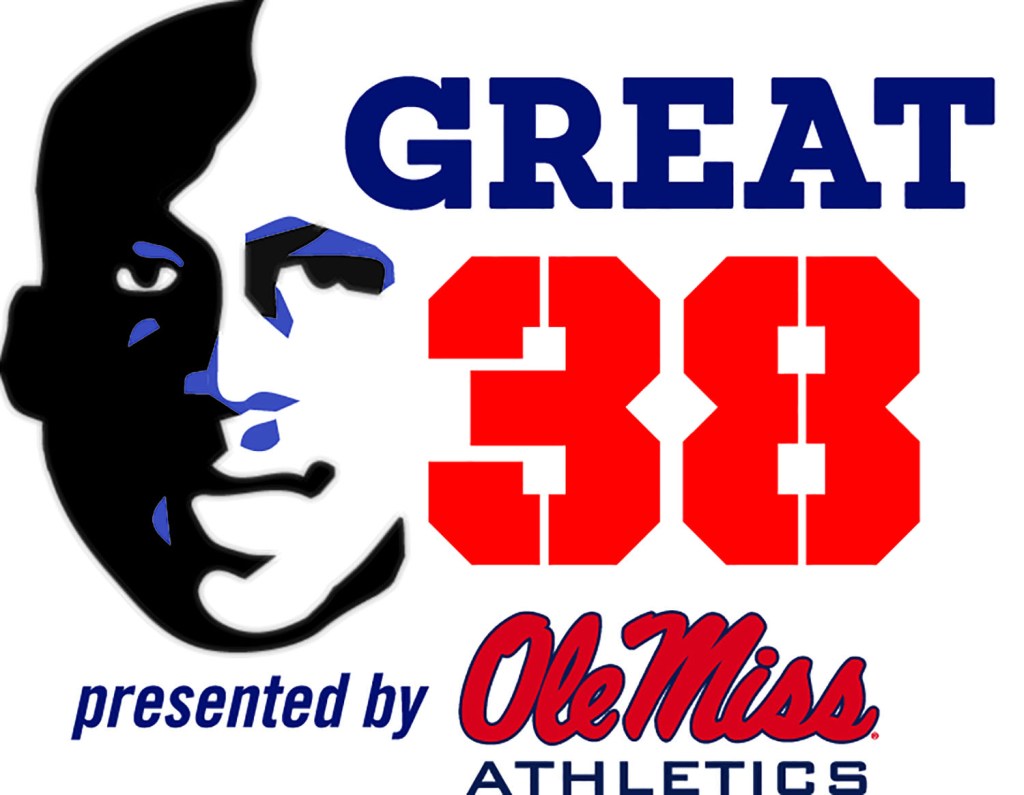 The Great 38 is in its first year of existence, yet there’s a budding thought that Oxford’s newest race can eventually become the most popular one in the city.

And perhaps the state.

The inaugural Great 38, the most recent race added to Run Oxford’s Grand Prix Series, will take place Saturday at 7:30 a.m. The objective is to raise $10,000 through proceeds taken from participants’ entry fees for the Chucky Mullins Scholarship, which is awarded annually to Ole Miss students who either have a physical disability or exceptional financial needs.

“We think we’ll be really close to it,” said Marvin King, president of Run Oxford and the race’s coordinator.

With Run Oxford looking to add a fall race to an annual series that already includes the Mighty Half and 5K, the Splash N Dash and the city’s largest race, the Double Decker Spring Run, King said it was an easy decision among the group to create one during football season in memory of Mullins, the inspirational defensive back who died in 1991 of complications from a paralyzing hit he took two years earlier.

It will be a race that’s unlike anything else in town.

A nod to the No. 38 jersey Mullins wore at Ole Miss, runners can choose to take part in a 3-mile or 8-mile race, both of which will start in front of the FedEx Student-Athlete Academic Support Center on campus and end inside Vaught-Hemingway Stadium. Runners will enter the stadium through the southeast corner and finish at the 38-yard line closest to the North end zone.

“There aren’t too many races like that,” King said. “We’re going to have the jumbotron (in the North end zone) on, so when runners enter the stadium at the finish, they’ll be able to look up and see themselves. That’s not something you get with your typical 5K fun run around town.”

King had to get permission from the athletic department to use the stadium during the Rebels’ open date, but that wasn’t a problem. Ole Miss Athletics is sponsoring the race.

“We are thrilled to partner with Run Oxford for this exciting event that remembers the great Chucky Mullins,” Ole Miss athletic director Ross Bjork said. “We are proud to continue Chucky’s spirit and courage here at Ole Miss, and we hope that participants in the race learn about the incredible legacy he left us.”

The 8-mile course has been certified by USA Track & Field, making it the first in the state to be certified at that length. That means winners of all the age groups, which range from 9 and younger to 70 and older, will be state record holders at that distance.

“Just something for a lot of people to be able to point to,” King said.

King said he’s expecting approximately 750 participants Saturday, a tally well short of the 1,700 runners Double Decker drew in April and the thousands that take part in the Mississippi Blues Marathon, the state’s largest race, in Jackson each January.

But it’s that uniqueness combined with Mullins’ popularity that has King believing the Great 38 can eventually become one of the state’s most prominent races.

“I’m kind of greedy. I want it to be the biggest race around.”

Online registration is open here until midnight Thursday night. Anyone still interested in participating after that can register at the Stone Center on Friday from noon-7 p.m. or before the race Saturday morning. Entry fees are $30 for the 3-mile run and $60 for the 8-mile run.