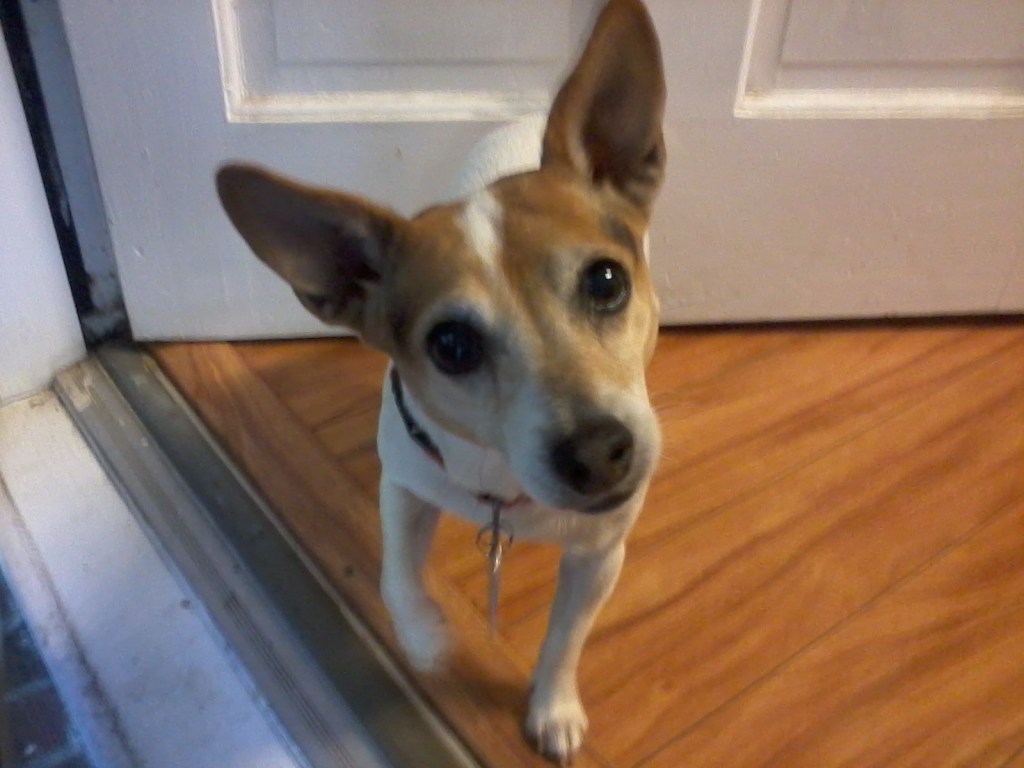 "Jackie," Lafayette County resident Roy Clark's Jack Russell terrier, is credited with saving his life after the 82-year-old man had a four-wheeler accident in August.

A dog doesn’t need to be big or named Lassie to be a hero.

Clark, 82, checks the mail at his home off Highway 30 each day by riding his four-wheeler down to the mailbox.

Jackie rides with him.

“She goes everywhere with me,” Clark said. “I’ve raised her since she was 6 weeks old.”

One day in late August, Clark and Jackie headed to the mailbox as usual, but only Jackie made it back to the house.

“I don’t really know what happened,” Clark said. “I was going down the hill and the next thing I know I was laying on the ground, semi-conscious. I eventually passed out.”

Clark’s wife, Nancy, had just left a few days prior to go on a cruise.

No one was at his home to notice he didn’t return.

But that didn’t stop Jackie from going to look for help.

Neighbor Chris Leonard was sitting outside of his home when he heard Clark and Jackie take off on the four-wheeler.

“We heard the four-wheeler kind of rev up and sounded like it went into some brush but we didn’t think much about it at first,” Leonard said. “Then we heard Jackie barking. She just kept barking for about 3 to 5 minutes and that wasn’t like her.”

Leonard walked over to Clark’s house and found Jackie in the back of the house, running around and barking.

“She just kept on barking,” Leonard said. “I started to walk around and followed her and I eventually found Roy laying on his side with the four-wheeler tipped over.”

Clark was rushed to Baptist Memorial Hospital-North Mississippi and then airlifted to The Med in Memphis.

After a few days, he was sent to the North Mississippi Medical Center in Tupelo with nine broken ribs and several bumps and bruises.

He’s now at Oxford Health and Rehab, where he’ll remain until released by his doctor.

“It could have been a lot worse,” Clark said. “If Jackie hadn’t alerted someone, I could still be laying in that ditch. No one would have seen me from the road. She saved my life.”

Leonard agrees that little Jackie was a heroine that day.

“If she didn’t keep barking, I wouldn’t have thought to go over and see what was going on,” Leonard said.

Clark said he looks forward to returning home to his wife and Jackie, adding that he still plans on riding his four-wheeler once he’s able with Jackie by his side.