An Alabama man has been charged with manslaughter for allegedly choking another man to death, according to the Oxford Police Department. 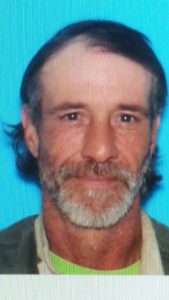 According to reports, at approximately 8:30 p.m. on Oct. 1, a 911 phone call came through dispatch reporting a welfare concern at 1517 University Ave. in a room of the Ole Miss Motel. Officers identified two males at their arrival. EMS arrived and were unable to help the first subject and the second subject was given medical attention and transported to Baptist Memorial Hospital-North Mississippi.

After further investigation, OPD investigators arrested Lassiter at Baptist Memorial-North Mississippi and charged him with manslaughter. Death was a result of strangulation as determined by the state autopsy report.

Maj. Jeff McCutchen with OPD said that after meeting with the District Attorney’s Office it was determined that manslaughter’s terminology fit the nature of the crime rather than murder.

“Murder speaks of premeditated intent, this crime has elements that did not fit the charge of murder,” he said this afternoon.

He was taken the Lafayette County Detention Center where he was booked on a $100,000 bond.