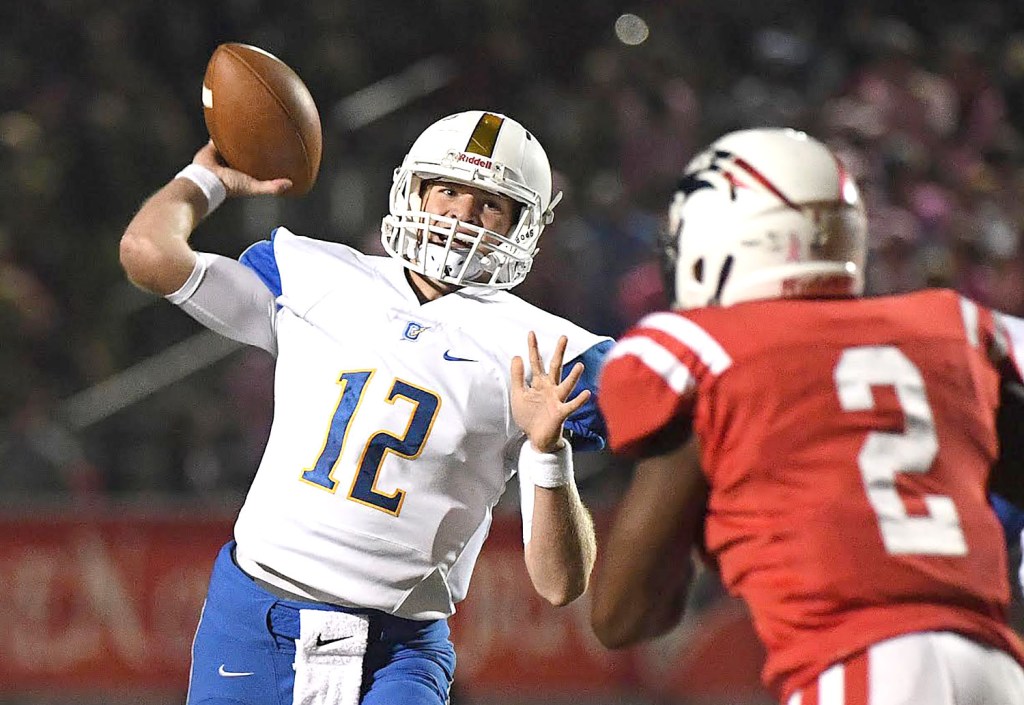 LEWISBURG — It seems like last week’s win over Saltillo might’ve been the confidence boost the Oxford Chargers needed. The Chargers faced off against the Lewisburg Patriots on Friday at Lewisburg High School and went home with a 48-13 victory.

Oxford (4-3, 2-1 Region 1-5A) quickly took control, jumping out to a 26-point lead before Lewisburg (2-6, 0-3) was able to score their first six points with 3:47 left in the first half. Junior Hiram Wadlington ran especially well, racking up 101 yards on 11 carries in the first half. For a few minutes, it looked like Lewisburg might make it a game, blocking a kick and returning it to end zone to make the score 26-13 before the half.

The second half, however, was all Chargers as they scored 22 unanswered points to close out their victory and give them a winning record on the season. Senior running back Kalin Brown scored a 10-yard touchdown for the Chargers in the second half, and senior defensive back Devin Rockette stepped over to the offensive side of the field and ran for 46 yards and a touchdown on four carries.

Rockette also had a first-half interception along with senior linebacker DQ Thomas, which helped the Charger defense allow just six points, with Lewisburg’s other score coming off of a blocked punt near the end zone.

“Overall we played well. I thought we had a little stretch in the second quarter where we lost our focus,” Oxford coach Chris Cutcliffe said. “I was proud of the way we were able to regain that and come out strong and finish the game in the second half.”

Sophomore quarterback John Reece McClure had his best game of the season, beating the Patriot defense with his arm and his feet. McClure passed for 204 yards and three touchdowns and no interceptions and added rushing touchdowns of 13 and 14 yards, the first of which he lowered he shoulder and powered through a defender to reach the end zone.

“I thought he played very well,” Cutcliffe said. “I thought he made good decisions with the ball. He did everything we asked him to do. He played within what we were doing, he took what was there, he didn’t try to force things, he let it come to him and made the plays.”

In addition to his touchdown pass to Wadlington, McClure also found sophomore DeDe Pegues for multiple scores. Pegues showed off his ability as a deep threat, catching a 53-yard touchdown and a 76-yard score as well.

“I thought he was outstanding,” Cutcliffe said of Pegues’ performance.

Cutcliffe was impressed with the receiving corps’ recent play.