An estimated 84,000,000 Americans tuned into the 1st Presidential Debate at New York’s Hofstra University last week, but Donald Trump did not seem to be 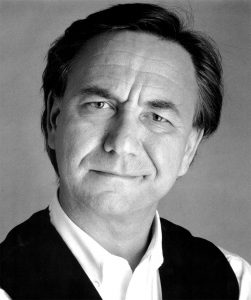 among them. Mentally he had checked out, maybe to seek admission to Dr. Snuffleupagus’s clinic to score some surplus Claritin.

A consensus of post-debate polls revealed 54 percent of respondents thought Hillary Clinton won, 24 percent considered Trump the winner while the other 22 percent either had no opinion or looked at the questioner like they were crazy for even asking.

The month of September witnessed a Trump surge that thrust the real estate mogul into a dead heat, so these numbers indicate half his supporters thought he lost. His own spin-doctors were ecstatic he managed to pronounce his own name correctly. And for that they should thank grandpa for changing it from Drumpf. , Many people said that whoever watched that debacle and still plans to vote for Donald Trump, hates America.

Trump embarked on a post-debate oblivion tour to tell whoever would listen (Fox News) how everybody was telling him he had totally won the debate by a wide margin. Presumably, these are the same delusionals who so often remark on his terrific temperament.

Not just a great temperament, the best temperament in the history of presidential politics. Its amazing, his temperament. Ask anybody. Ask Sean Hannity. Trump gets so worked up talking about his tremendous temperament, the only explanation is he’s confused about the definition of the word.

“My temperament is much better than perfect. I have a note from Sean Hannity and Doctor Oz about my incredibly beautiful temperament. Both have seen recent calculations by my gastroenterologist that measure my temperament as 98.7 degrees.”

The major debate knock against Hillary Clinton is that she was too scripted and resembled an escaped animatron from Disney’s Hall of Presidents whose face had frozen halfway between amazement and condescension. That’s how low we’ve come; accusations are flying that someone was too well prepared.

But that’s more Team Trump sniping, jealous that the former Secretary of State was able to string words together into actual sentences with subjects and predicates and points and stuff. You know. In a presidential sort of manner.

Trump predicted he would mop the floor with her and came prepared wearing one on his head. The thrice-married reality TV star started strong, but soon wound down like a cheap watch, which has to be especially galling for a guy who claims his opponent is not qualified because of her lack of STAM-IN-A. WRONG!

Apparently, the real estate mogul thought he could earn extra credit based on time of possession, because he interrupted and rambled and muttered, finding time to malign Rosie O’Donnell and sputtering something about how the DNC was hacked by some 400-pound guy on a bed.

Then the tax- avoiding tycoon complained there was a problem with his microphone. And he’s right. It was turned on.

But don’t despair: there are two more debates to come.

Will Durst is a syndicated columnist.

The comeback of longhand writing