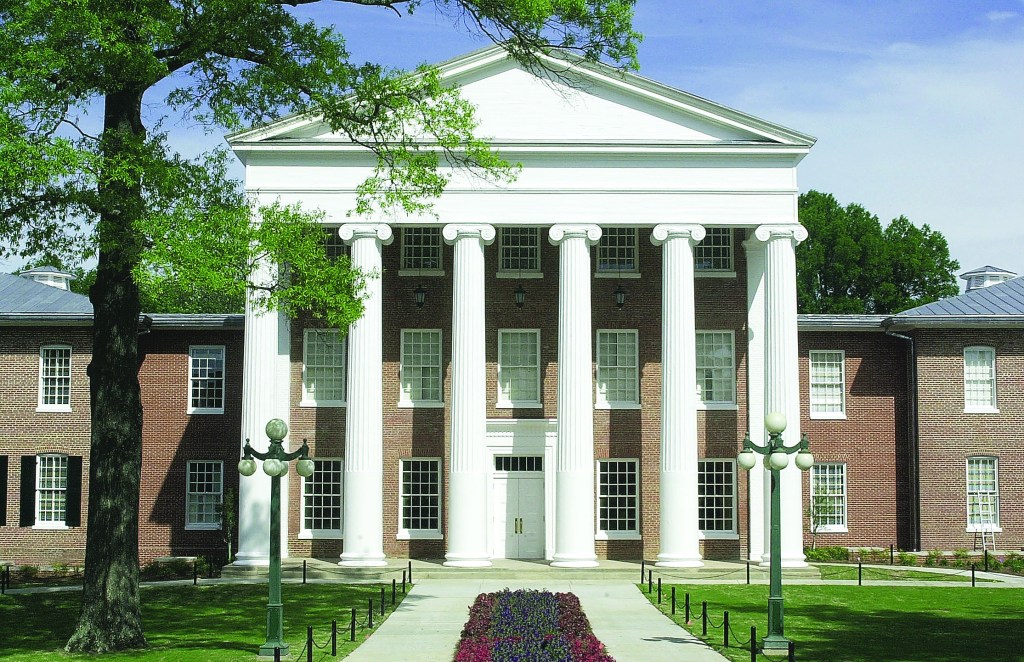 The University of Mississippi and Oxford often rank at the top of annual lists of beautiful campuses and best college towns, and this fall has brought a new set of national accolades upon the area.

USA Today’s Reader’s Choice travel awards contest has named UM the nation’s most beautiful campus, while Thrillist named the university on its unranked list of the 20 most beautiful public college campuses. The NCAA recognized Ole Miss’ tailgating environment as the nation’s best. FanSided, which is run by Sports Illustrated and owned by Time Inc., named Oxford the second-best college town in the nation.

“Over the last 34 years, I have lived and served in a number of great university towns, and there is something truly special about Ole Miss and Oxford,” Vitter said. “Ours is a unique place with extraordinary people. All it takes is just one visit here and you quickly realize why it captures the hearts and minds of so many.”

The university was the only Southeastern Conference school and the only one in Mississippi chosen in USA Today and 10best.com’s list of beautiful campuses. Indiana University in Bloomington, Indiana, came in second place and Sewanee: The University of the South in Sewanee, Tennessee, came in third.

Thrillist, which ranks UM alongside the universities of Michigan and Hawaii and other schools, praised the Greek revival architecture of the Lyceum and the beauty of the surrounding buildings.

“When you think of great collections of Greek architecture, only one place comes to mind: Mississippi. No?” Thrillist writes. “Well, the original campus building, the Lyceum, is a classic white-columned structure with massive brick wings that anchors an entire historic district within the campus.

“The Circle, as it’s known, looks more like an area you’d find in D.C. than Oxford, with long, brick buildings stretching throughout. And Ole Miss’ beauty isn’t limited to the architecture, as anyone who’s spent a Saturday tailgating in the Grove can attest.”

Jeff McManus, UM director of landscape services, said the university and his team is “humbled and honored” by recognition of the campus’ beauty. He thanked the administration, including the chancellor, Provost Morris Stocks and Vice Chancellor Larry Sparks for supporting his efforts.

“Our Landscape Services vision, on the ground, in the weeds and trees is to ‘Cultivate Greatness’ – to inspire our students, faculty and staff – to give them an environment in which they can grow and produce,” McManus said. “We set our standards high and today, we are especially proud to be Landscape Rebels.”

The NCAA recently released a video of college football’s most unique tailgates, with the Grove being ranked No. 1, referred to as “the Holy Grail of Tailgating.” Others listed include University of California’s Tightwad Hill, which lets fans view into the stadium and see the game for free, and the University of Washington’s Husky Navy and University of Tennessee’s Vol Navy, which both allow partying near the football stadiums on boats.

FanSided ranks Oxford as the country’s second-best college town, bested only by Athens, Georgia, home of the University of Georgia.

“Ole Miss is another school where enrollment somehow outnumbers the town it resides in in terms of population,” FanSided writes. “The enrollment may be hovering around 23,000, but go to one tailgate in Oxford, MS and you’ll think it’s 100,000. Students and non-students alike love their Rebels.”

Of all the reasons Oxford is getting such attention, the biggest is that people love to call the city home, said Jon Maynard, president and CEO of the Oxford-Lafayette County Chamber of Commerce and Economic Development Foundation . For decades, locals have been serious about making their growing community the best it can be, he said.

“Attention to detail, high expectations and adherence to a plan to be great is why we are what we are today,” Maynard said. “The university, the city and the county are all committed to making sure that the quality that we have now will remain quality into the future. The toughest challenge that our community faces is growing without messing up that which is Oxford.”

“Oxford is the place where great things can happen,” Maynard said. “People from all walks of life, some without any previous affiliation to Ole Miss or Oxford, are finding that they can come and be welcomed into the community.”