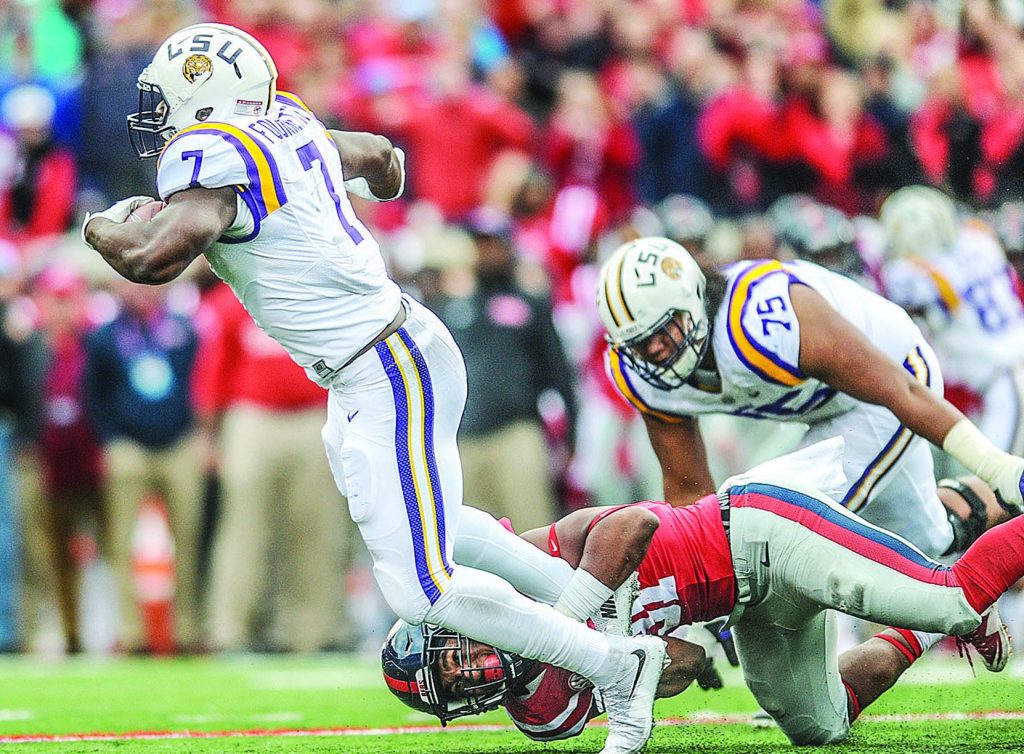 Ole Miss will play in Death Valley at night.

The 12th-ranked Rebels’ game at LSU on October 22 will begin at 8 p.m. and be televised on ESPN, the Southeastern Conference announced Monday. It will be the third straight night game for Ole Miss (3-2, 1-1 SEC), which heads to Arkansas (4-2, 0-2) this Saturday for a 6 p.m. kickoff on ESPN.

It will be the Rebels’ first time going against former coach Ed Orgeron, who’s serving as the Tigers’ interim coach following the firing of Les Miles. Oregon went 10-25 with a 3-21 mark in SEC games at Ole Miss from 2005-07.

LSU is 3-2 overall and 2-1 in the SEC with Southern Miss up next Saturday. The Tigers’ game against Florida last week was postponed because of Hurricane Matthew with the SEC looking for a time for the game to be rescheduled.