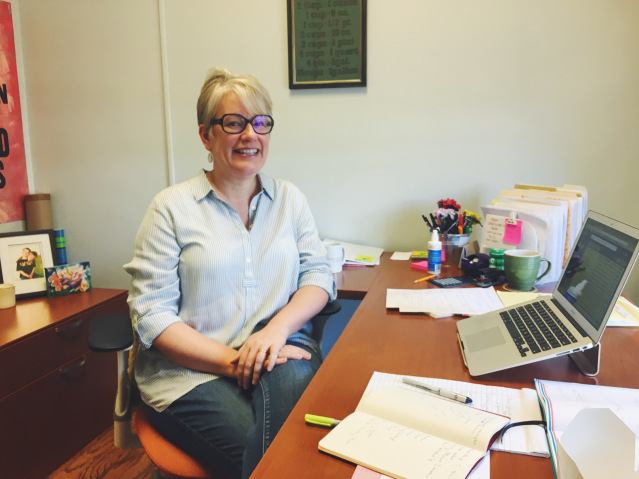 Processed with VSCO with f2 preset

The Southern Foodways Alliance preserves and documents the diverse, changing food culture of the South and works to bring attention to chefs who usually don’t experience the spotlight for the traditional, classic food they create.

The SFA shares information through their website, magazine and podcast Gravy. With a small staff and many contributing writers, the SFA has grown from an idea to a successful organization supported by funds from individuals, foundations and varying companies.

This week, the SFA is preparing for its fall symposium set for Oct. 13-16 on the University of Mississippi campus and around Oxford. The 19th symposium called “Corn as a Symbol, Sustenance, and Problem” explores corn, the nation’s mother grain.

“Progressing in concept from cob to kernel and in time from prehistory to the Newer South, this four-day event examines the ways in which corn has served the region as a symbol, sustenance, and problem,” the symposium website reads.

The SFA is located on the University of Mississippi campus on the second floor of Barnard Observatory, where the Center of the Study of Southern Culture is housed.

In July of 1999, SFA founder and creator, John T. Edge, created the alliance, collaborating with 50 chefs and food lovers in Birmingham, Alabama. He was elected director and was the only employee of the company until 2004.

Edge used the revenue from the success of his cookbook, A Gracious Plenty Recipes and Recollections from the American South, to create the SFA. He graduated from the University of Mississippi with a master’s degree in Southern studies and a MFA in creative nonfiction from Goucher College.

Edge, who is still director of the SFA, also teaches at the University of Georgia and is an editor for Rivendell Writers’ Colony in Sewanee, Tennessee.

In 2010, the SFA recognized a set of core beliefs and values they wanted to achieve with the growth of their organization. Goals include giving voice to chefs who do not have one, working toward the greater good, being recognized as an academic institution; and delivering meaningful, contextual work to viewers.

Managing director Melissa Hall, a Middlesboro, Kentucky native, joined the SFA in 2004 after volunteering at one of the organizations’ fall symposiums. She obtained a juris doctorate from Northern Kentucky University and a bachelor’s of arts degree in English from Centre College.

Hall described the SFA as an organization that creates a “variety of lenses to view and understand the South.”

“It has provided a way for students and intellectual leaders to incubate their ideas and to make the region better and more closely connected,” she said.

The SFA uses different methods to reach out to their audience, including documentaries, oral histories, videos and the podcast Gravy. The magazine Gravy is published four times a year and is sent to SFA members and some local Mississippi bookstores. However, the podcast is free and available on iTunes.

There are more than 1,000 documentaries and oral histories available on SFA’s website that focus on the “unsung heroes of Southern food,” and those who make, grow and serve Southern. Writers interview the hard workers and behind-the-scenes cooks of Southern cuisine, Hall said.

Each SFA story offers a history and background of people in specific places. Hall’s favorite segment is on a film called Helen’s BBQ about a pit master in Brownsville, Tennessee. Helen Turner is one of the only female pit masters in the region.

Hall said she enjoys this segment because the video “makes it clear that it’s a silly assumption” to think Brown is less of a cook because she is a woman, and the video shows “what it is to really work in food” with six-day work weeks and only Turner running and working the restaurant.

There are also “over 100 films, outside Europe and the Middle East to Texas and Georgia,” Hall said. “SFA offers a snapshot of what Southern food currently looks like. If Southern food is worth studying and understanding, it has to be a living, changing thing.”

Southern food cannot be taught “through faded clippings and black and white photographs. It must be relevant information,” said Tina Antolini, Gravy podcast producer. Gravy is a collaboration between Antolini and the SFA with a tight schedule. It is produced every other week.

Antolini attended Hampshire College in 2004, with a self-designed major of ethnomusicology and American studies.

“I’d been working in public radio for more than a decade, and had been daydreaming about starting a show that used food as a vehicle to tell longform narrative stories,” Antolini said. “I met John T. Edge, director of the SFA, and together, we decided to join forces to make a version of the show I’d been thinking about, but focused on the American South.

“Our plan is to continue bringing our audience stories about the South through food, with the hope of stretching into deeper and more surprising topics as we go.”

Antolini is now working on a podcast episode about a North Carolina farm that’s a gathering spot for teenage refugees from Burma.

Her favorite episode she has worked on is Fighting for the Promised Land: a Story of Farming and Race, because it’s on a subject she thinks is vitally important, the intermingling of agriculture and race.

Both Hall and Antolini contribute to the global impact the SFA is making, and together, SFA is successfully preserving and drawing attention to the Southern food culture.