Charlene Mize, ‘the face of The Beacon,’ dies at age 90 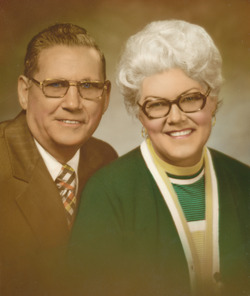 Oxford lost an icon when Charlene Mize, a longtime business owner of The Beacon restaurant, passed away at the age of 90 on Wednesday.

Originally born in Taylor, Mize opened The Beacon at 1200 N. Lamar Boulevard with her husband, James Flem Mize, in April 1959. After her husband’s passing, Charlene remained a stalwart figure behind the restaurant’s cash register. Flem and Charlene’s son, Tony Mize, is the current owner of the establishment.

Tony Mize said in a message on The Beacon’s Facebook page that the restaurant, which has been open for 56 years, will be closed for the next few days.

“Mrs. Charlene Mize passed away early this morning,” Tony wrote on Wednesday. “I will post more information as I know it. Please remember the Mize Family in your prayers.”

Oxford Mayor Pat Patterson says he can’t remember being alive without Mize being in his life. Tony and Patterson were friends growing up and Patterson remembers running in out of Mize’s home and called the entire Mize family, “life-long friends.”

“Oxford has lost an icon and one sweet lady,” Patterson said. “We shall all miss her greatly.”

Her passing is felt throughout the Oxford community.

“She was basically the face of The Beacon,” Dick Marchbanks, a regular customer at the restaurant, said. “She took care of business, was friendly to the customers and made you feel welcome. And that’s something that’s going to be missed.”

Ed Meek, the namesake of Ole Miss’ Meek School of Journalism and New Media, says that Charlene was at The Beacon for as long as he can remember.

“There’s no telling how many times she rung up that cash register,” Meek said. “She was always there with a smile and she always knew who you were. She will long be remembered, there’s no doubt about that.”

The funeral service for Charlene Mize will be on Friday, at 11 a.m. at First Baptist Church in Oxford. 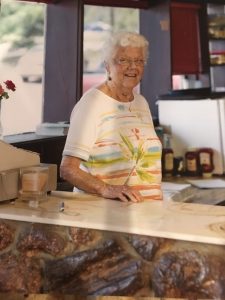 Oxford’s Jim Dees chronicles job as reporter for the…