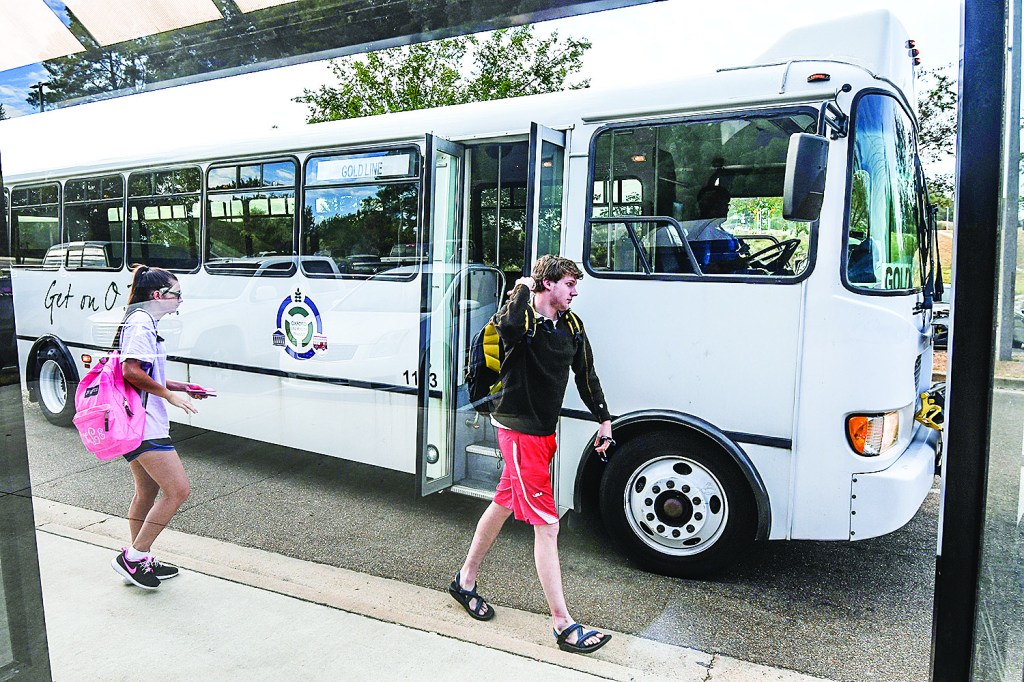 Riders get on and off an OUT bus in Oxford, Miss. on Thursday, October 13, 2016. Bus ridership set a new record in September.

According to figures presented Wednesday to the Oxford-University Transit commission, that expectation was met and exceeded.

OUT Manager Ron Biggs presented ridership numbers to the board the showed 1,335,830 people rode the bus in the last 12 months.

“It’s the most riders we’ve had in a month,” said OUT board chair Donna Gurley.

About 200,000 of the riders were University of Mississippi students with the rest being non-student riders.

After being on a decline, the fare box also saw an increase. The university pays for its students to ride the bus free of charge. In September, fare boxes and monthly passes sold totaled $2,805 up from September 2015 when $2,333 was collected.

During the three September home football games, 16,000 rode the OUT shuttles. Those numbers are not included in the overall September ridership figures.