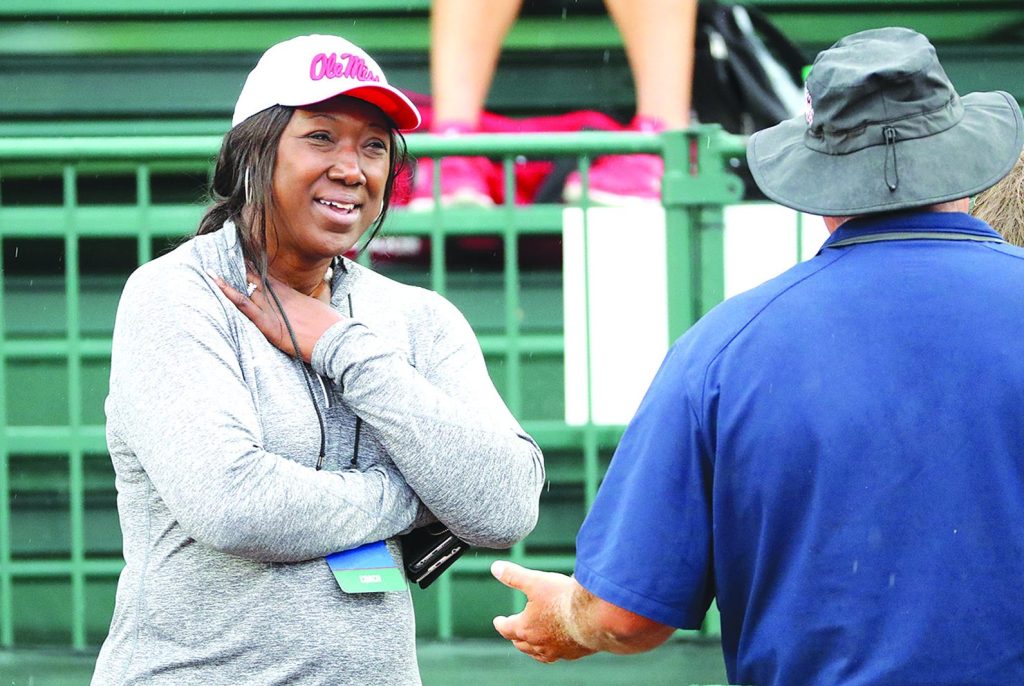 Ole Miss track and field coach Connie Price-Smith’s career as a coach and athlete has culminated with election to the USATF National Track & Field of Fame.

The newest members will be inducted during the second annual Black Tie & Sneakers Gala in New York City on Nov. 3.

“It’s a wonderful honor, and I am both excited and humbled by the thought that I’ve been elected to go into the Hall of Fame,” Price-Smith said in a statement. “There are so many great athletes and people that have been put in there, and to stand among them is a wonderful honor.”

Price-Smith, who’s in her second year as the Rebels’ coach, has 25 combined national titles in the shot put and discus throw and is the winningest female USATF athlete in those events. A four-time Olympian in both events, Price-Smith was the first American female athlete to have a top-10 world ranking in the shot put for five straight years from 1995-1999.

Once her days of competing were over, Price-Smith spent 14 years as the head coach at Southern Illinois before being hired at Ole Miss in July 2015. A native of Saint Charles, Missouri, Price-Smith has also coached Team USA in three Olympics, including serving as the head coach of the American women this summer in Rio de Janeiro.