Col. James Gordon — ‘a gentleman of the old school’ 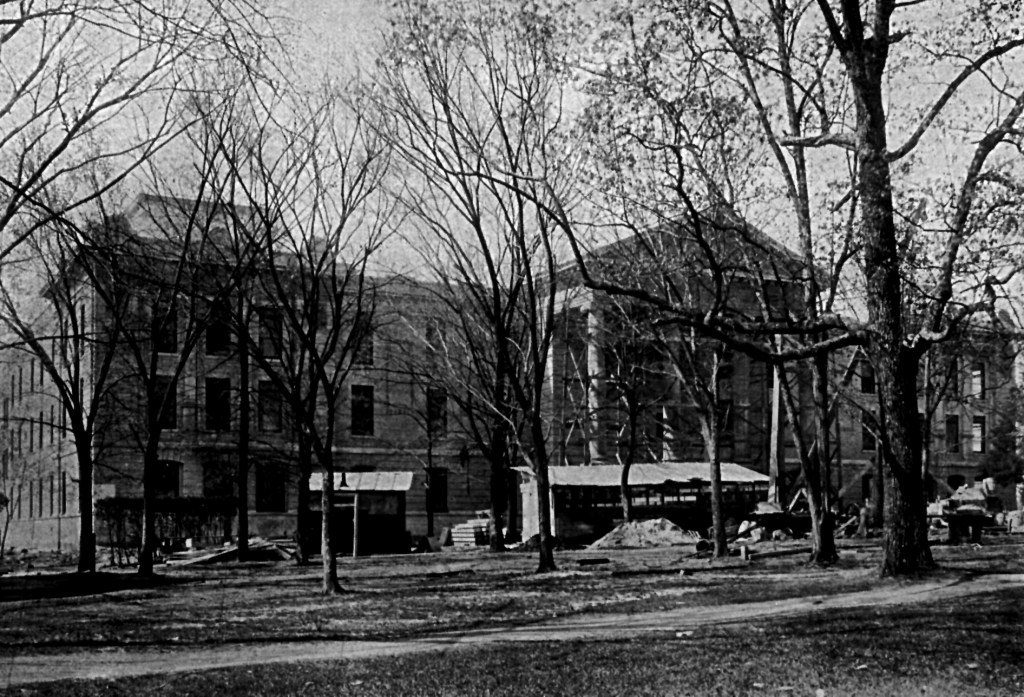 Last week I wrote about a new dormitory on campus constructed in 1909 and an “official” Homecoming was held. It was the first called Homecoming of former students at Ole Miss. I did not give you the background of the man the new dorm was named after and his contributions to the University of Mississippi.

I received several emails and a few phone calls about the column, and I decided that I should do a little more research and answer questions that readers had about the man for whom the dormitory was named. In doing my research, I found another book that I can add to my bibliography of books written about or that include information on Ole Miss and Oxford.

In 1986, Dean Franklin E. Moak published “A History of the Alumni Association of the University of Mississippi, 1852-1986.” For those of you who are interested in the history of Ole Miss and the Oxford connection to the university, this is a great resource of photographs and historical facts.

One reader wanted to know where Gordon Hall stood before it was lost to a fire, which started by unknown origin in 1934. The building was on the site of Carrier Hall and the Manufacturing Excellence Building. The old Chemistry building (now Brevard) sat next door, to the left of the Lyceum.

Col. James Gordon, who assisted the beginning the Alumni Association, was honored with having the building named for him. Gordon was born in Monroe County on Dec. 6, 1833. His father immigrated to America from Scotland just after the Battle of Waterloo. He had first settled in Virginia and later moved to Mississippi. He was one of the founders of Aberdeen and he amassed a large fortune in agriculture and mercantile pursuits.

Gordon attended school near his father’s home, the historic “Lochinvar,” in Pontotoc County. He would later attend St. Thomas Hall in Holly Springs and then LaGrange College in Alabama. He entered the University of Mississippi in 1852 and graduated with a Bachelor of Arts degree in 1855.

It was said, Gordon’s holdings were worth over a million dollars, and he was probably the richest man in north Mississippi before the start of the Civil War. He would use some of those funds to equip a company of cavalry known as the Chickasaw Rangers. They were later called Company B Jeff Davis Legion under J.E.B. Stuart. He used additional funds to equip a cavalry regiment known as the Fourth Mississippi.

In the spring of 1863, Jefferson Davis sent him on a secret mission to Europe. Upon his return to the South, he was captured at Wilmington Harbor, but he later escaped and fled to Canada. He came back to the South at the close of the war. After the war, he served in the Mississippi Legislature from 1878 to 1886. He also served in the state Senate from 1904 to 1906.

In 1910, he was appointed by Gov. Noel to fill the seat of Sen. A.J. McLarin, who had died. He decided not to run at the end of his term for the Senate seat, but while in Congress he did make quite a name for himself as being a “reconciler,” similar to L.Q.C. Lamar.

During the years before and after the war, he also served the University of Mississippi. He was on the Board of Trustees and, in 1909 he was elected president of the newly formed Alumni Association. He was also an avid sportsman. All bird hunters know of the Gordon Setter, which was named for Col. Gorgon.

For more than 30 years, he contributed to the “American Field and Forest and Stream” as a writer. At the time of his death in 1912, he was president of the All American Field Trial Club. Gordon was said to be typical of men in the old South. He was a “gentleman of the old school.”

While he was a U.S. Senator, he planted a small oak tree in the Circle just to the left of the Lyceum near what would later be the site of the dorm named after him. The tree is about half way from the flagpole to the edge of the circle. This tree was grown as a seedling from an acorn planted by the Swiss delegate to the World Peace Conference held in Washington.

The executives of the Botanical Garden in Washington gave the tree to Gordon when it was 2 feet tall. The tree is a Crittenden Oak and it still can be seen in the Circle area of the University of Mississippi campus.