Ole Miss falls in both polls 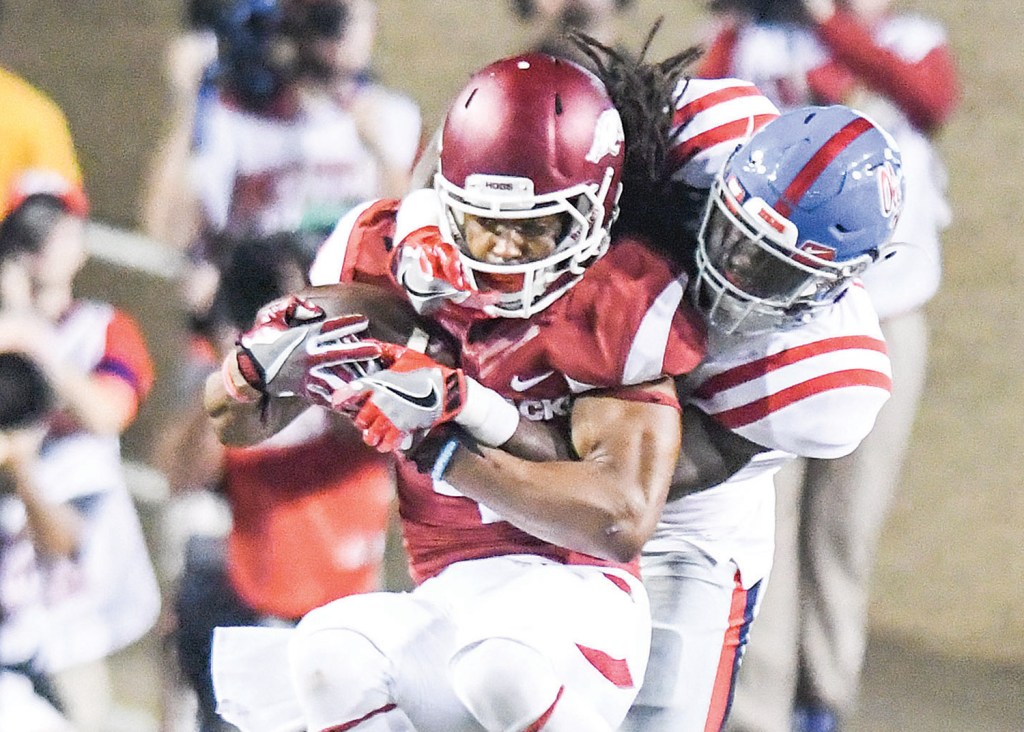 Ole Miss took a tumble in both polls Sunday.

The Rebels fell to No. 23 in the latest Associated Press top 25 following their 34-30 loss at Arkansas. The 11-spot drop was the largest among ranked teams.

The Rebels, whose losses have all come against ranked teams, are the only three-loss team to be ranked in both polls.

No. 12 West Virginia was the biggest riser in the AP poll with an eight-spot jump following a win over Texas Tech that kept the Mountaineers unbeaten. Arkansas moved up five spots to No. 17 while Western Michigan, now 7-0, jumped four spots to No. 20.

Tennessee fell nine spots to No. 18 after its 49-10 loss to No. 1 Alabama. LSU re-entered the poll after a three-week absence while No. 22 North Carolina’s fall from the rankings lasted just one week.

Alabama and No. 2 Ohio State maintained their hold on the top two spots while No. 3 Michigan, which received one first-place vote, and No. 4 Clemson swapped places after the Tigers held off N.C. State in overtime. Washington, Texas A&M, Louisville, Nebraska, Baylor and Wisconsin rounded out the top 10.