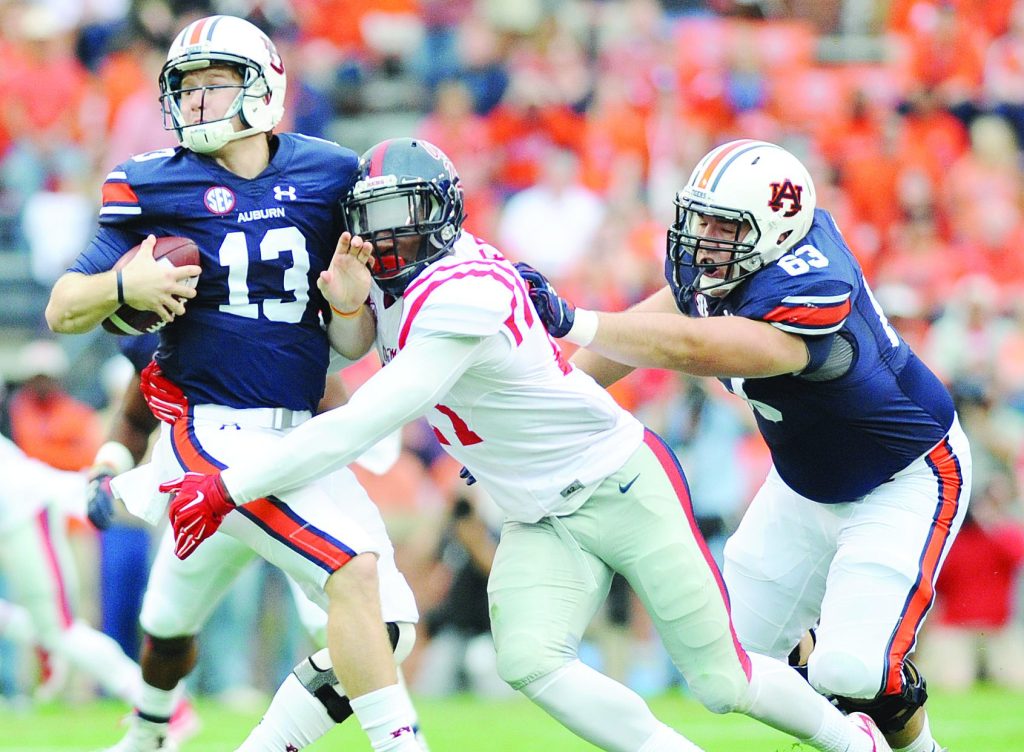 Another week, another night game for Ole Miss.

The Rebels will play their fourth in a row Oct. 29 when they return to Vaught-Hemingway Stadium to face Auburn. The game will begin at 6:15 p.m. and be televised on ESPN, ESPN2 or the SEC Network, the Southeastern Conference announced Monday.

No. 23 Ole Miss (3-3, 1-2 SEC) is 1-2 in its first three games under the lights, falling to Florida State in the season opener before splitting against Memphis and Arkansas the last two times out. The Rebels head to LSU on Saturday to play a late one against the 25th-ranked Tigers (8 p.m., ESPN).

Auburn has found some life under fourth-year coach Gus Malzahn, rattling off three straight wins after a 1-2 start. Auburn, which gets Arkansas this week after an open date, is ranked 21st in the Associated Press top 25 and 24th in the Amway Coaches Poll.

Ole Miss and Auburn have split their last four meetings with the Rebels winning last year 27-19 in Auburn.