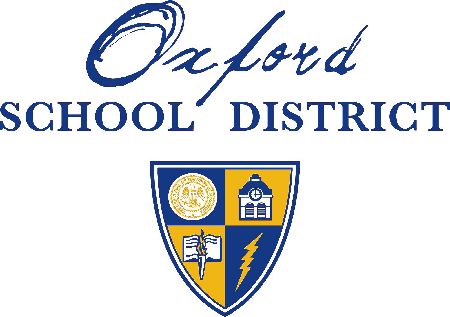 The Oxford School District Board of Trustees will be holding a public hearing Tuesday night to address “concerns” by a group of citizens.

A notice was sent to media at 4:55 p.m. Monday to announce the meeting. The only item on the agenda states, “Public participation as requested by a group of citizens to hear concerns.”

Oxford citizen Martha Vaughn said a group of concerned parents have been meeting recently at the Tallahatchie-Oxford Missionary Baptist building since a story in the Oxford High School’s newspaper, The Charger, appeared last month where Superintendent Brian Harvey said the district was looking at ways to close the achievement gap between the “haves and have nots.”

Harvey mentioned that one of the models the district looked into was the An Achievable Dream Middle and High School in New Port, Virginia that is a separate optional school for students who received free or reduced lunch meals. A representative from the Urban Learning and Leadership Center, which grew out of the Achievable Dream Academy, spoke to the board last in June during an open meeting.

After public outcry, the district issued an apology and said the district was not considering building a separate school for free or reduced meal students.

This morning, Harvey told the EAGLE that the group hired local attorney Walter Zinn and the school district received a letter from Zinn requesting to meet with the board in a “separate or executively-called meeting on Oct. 18. The board members were asked if they would be available. The district’s attorney, Paul Watkins responded to Zinn on Friday with two options — meet with the board at their next regular meeting on Oct. 24 or meet today at 6 p.m. Harvey said Zinn responded saying the group he represents preferred the Oct. 18 (today) meeting time.

On Saturday, a third option was offered to meet during the first week of November to avoid meeting the same night as the Oxford Board of Aldermen, who also meet tonight at 5:30 p.m. When Zinn said the Oct. 18 (today) date was still preferred, the district offered to change the meeting to 6:30 p.m. to allow the Oxford Board of Aldermen time to make the meeting.; however, Harvey said Zinn still preferred meeting at 6 p.m. tonight.

In an email exchange between ODS president Marian Barksdale and Mayor Pat Patterson and the Board of Aldermen Monday, Barksdale said the meeting would be to hear the concerns of the citizens only.

“It’s a listening session as is our public participation at regular meetings,” she wrote. “This is not a discussion, but a chance for us to hear from this group of citizens that has organized and has prepared to describe their concerns about the school district.”

The group will have one hour to speak their minds to the board of trustees.

The conference center was booked for the meeting at about 4:30 p.m. Monday, according to Conference Center Director Hollis Green. Harvey said the auditorium at Oxford Middle School was already booked.

Mayor Pat Patterson said while the meeting was held to give one particular group of organized parents time to speak to the board, he thought the public should have been given more notice to allow other OSD parents an opportunity to attend and express their thoughts as well.

“I’m very disappointed in the board of trustees giving the community just a 24-hour notice to attend a very important meeting,” Patterson said. “It’s not just about the school system but the entire community. I can’t believe there’s not more transparency after all of the recent controversy. With that said, there are five good men and women on that school board working their hearts out to get this right and we all need to remember that.”

Check the EAGLE’s website for updates to this story.