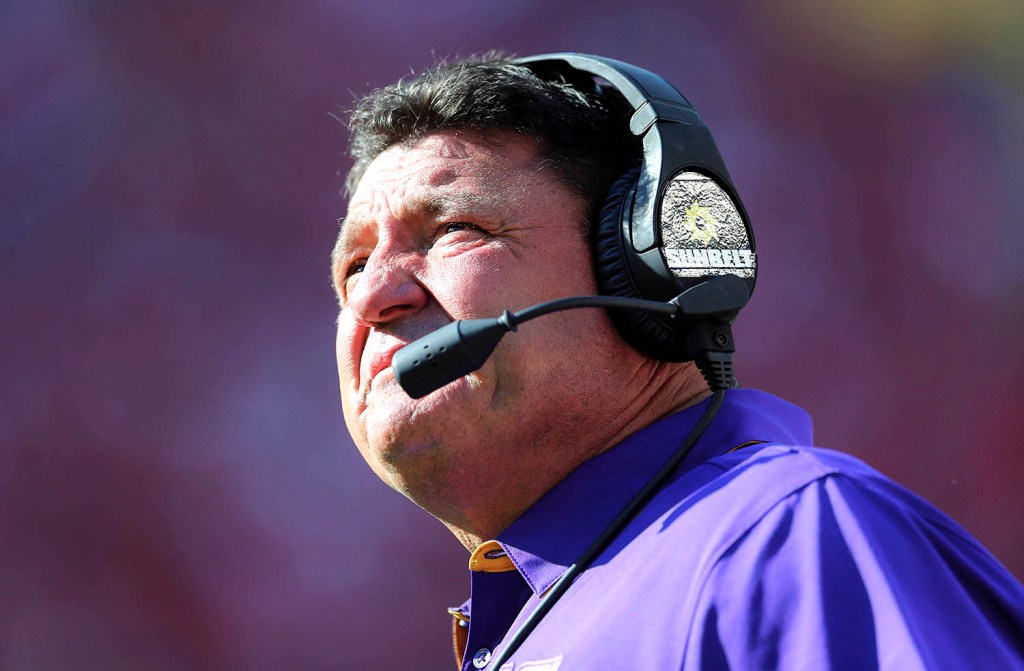 From the beginning, Ed Orgeron was something.

In his first meeting with his players after being hired as Ole Miss’ coach in December 2004, a shirtless Orgeron reportedly challenged anyone in the room who felt he was tough enough to prove it by fighting him.

There are reported accounts of Orgeron, a fiercely proud native of Louisiana with an unmistakable Cajun drawl, trying to display his energy and enthusiasm for his new gig by beating a drum through the halls of the football offices early in the morning while his assistants were trying to work. The craziness leaked out onto the field.

Orgeron’s practices at Ole Miss were long on hours and short on enjoyment, taxing players physically and mentally before the games. Watching Southern Cal’s offense operate every day at his previous job as the Trojans’ defensive line coach, Orgeron was infatuated with the style Matt Leinart, Reggie Bush and company used to pile up yards and points and made his first offensive coordinator, Noel Mazzone, run the system despite Mazzone’s lack of familiarity with it and the Rebels’ lack of playmakers to execute it.

Nothing worked. Three seasons after that infamous bare-chested challenge to his players, Orgeron was fired.

But that was then, Hugh Freeze said. The version of Orgeron coaching LSU in the interim is different.

Sure, Ole Miss’ current coach has a soft spot for Orgeron, who recounted most of these stories Monday at his weekly press conference, including the one of Freeze, then a high school coach at Memphis’ Briarcrest Christian, making an impromptu trip to Miami before USC played Oklahoma for the national championship in January 2005 in Orgeron’s final pre-Ole Miss obligation and walking on the field to ask Orgeron for a job once he got to Oxford.

“I thought it was very courageous of him to go down to Miami and meet me on the football field and ask me for a job,” Orgeron said. “I liked that about him. I really did.”

Orgeron did give Freeze a job, first in an off-field capacity as the program’s director of external affairs before promoting Freeze to tight ends coach in 2006, his first on-field gig at the collegiate level. Orgeron, Freeze and the rest of the staff were looking for new ones a year later following a cumulative 10-25 record that included an abysmal 3-21 mark in SEC games under Orgeron’s watch, but Freeze landed on his feet with his first head coaching gig at Lambuth University before another one at Arkansas State in 2011 and eventually Ole Miss again in 2012.

It’s why the 47-year-old Independence native who’s in the fifth season of his dream job has more fond memories of Orgeron’s brief and disastrous tenure than most.

“I have great respect for him and everything that he has meant to my career,” Freeze said. “He gave me an opportunity just to come here and be in an off-the-field position and to learn from him in recruiting and the things that I watched him do and how persistent and how he did his things with great passion.”

Freeze and Orgeron are still close and talked as recently as last week, and Freeze knows this isn’t the same shirt-shedding, drum-beating, my-way-or-the-highway maniac that blew what’s still been his only permanent head job a decade ago. That Coach O doesn’t get pegged as an interim coach not once but twice, and he definitely doesn’t have this level of success in those roles.

Counting the eight games he coached back at USC in 2013 when Lane Kiffin was let go, Orgeron is 8-2 in his last 10 games as a head coach. LSU fired Les Miles four games into this season after another bland offensive showing and more clock mismanagement in an 18-13 loss at Auburn that dropped a preseason top-5 team out of the rankings completely, but Orgeron has the 25th-ranked Tigers back in the polls for the first time since with lopsided wins over Missouri and Southern Miss.

LSU rolled up 634 yards to set a school record for total offense in an SEC game in a 42-7 pasting of Missouri while the Tigers used a second-half surge to roll up 45 points in a five-touchdown rout of Southern Miss. LSU’s highest point total before those games was 34 against Jacksonville State.

“The opportunities that he has had at USC and then (at LSU), I think he has approached it differently,” Freeze said. “When I talk to him now, he seems a bit different about his approach, and I think it is working for him.” 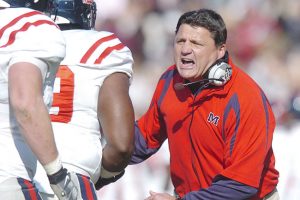 The alterations have come with experience — and a little common sense.

Never short on passion for what he does, Orgeron was a fiery assistant and an intense recruiter at a number of places, including Miami, before landing the Ole Miss job. But it wasn’t until his second stint as USC’s defensive line coach that he realized he needed to ease off the throttle at times.

“When you’re coaching Warren Sapp at 28, 29 years old, you’re not just going to walk in there with a tie and just say reshuffle my book,” Orgeron said. “It ain’t going to happen that way. So those techniques that I used to create some of the best defensive linemen in the country did not work as a head coach, but they were applauded as the defensive line coach.”

Orgeron admitted it was “a mistake on my part” to try to fit a round peg into a square hole with Mazzone at Ole Miss — Mazzone is now the coordinator of a Texas A&M offense ranked in the top 20 nationally in scoring and total offense — and learned along the way to let the other coaches on staff do their job instead of meddling in things he didn’t know much about.

And he’s no longer wearing his players out on the practice field.

“I had to get out of that mode and get more in a head coach mode, delegate and not be the hardbutt on the staff,” Orgeron said.

Ole Miss’ past and present will intersect Saturday in Baton Rouge when Orgeron and his former assistant coach against each other in Tiger Stadium (8 p.m., ESPN). Freeze needs a win to keep his team from falling below .500. Orgeron needs as many as he can get to make his case for the permanent job.

Things will be different in more ways than one.

“We all (learn things),” Freeze said. “I learn stuff every year. He’s continued to do that and continued to improve himself to put himself in this situation again, and there’s people obviously that believe in him to give him the opportunity that he’s having right now.

“Whatever he’s doing is working.”