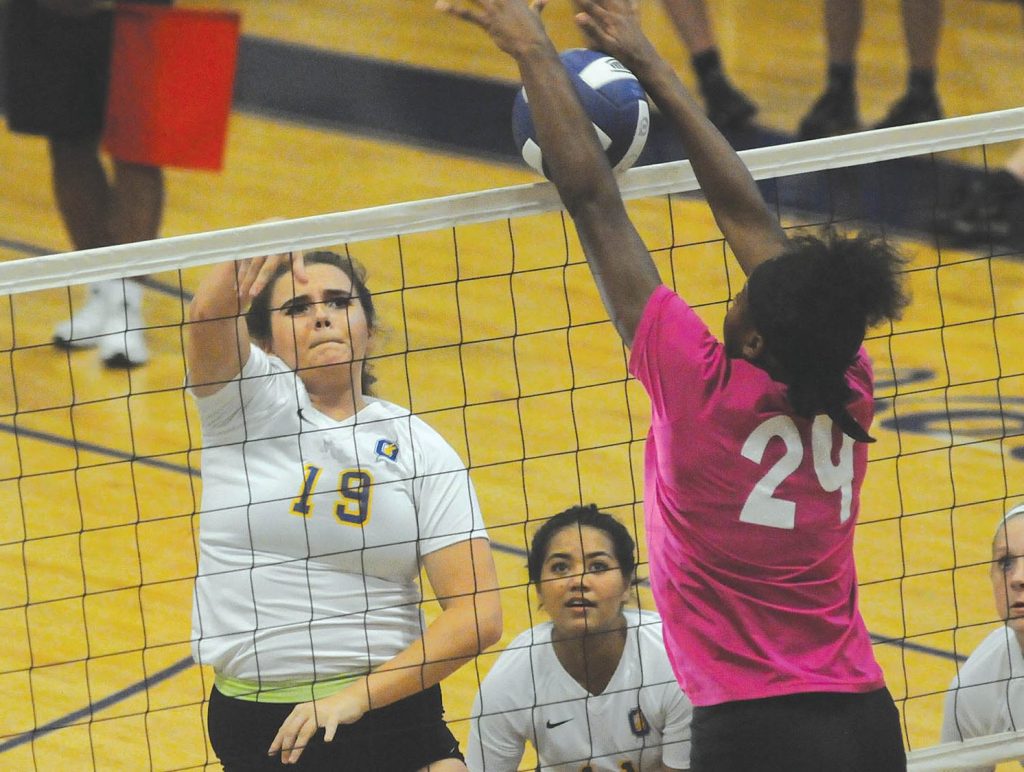 It has been said that it is tough to defeat a team multiple times in a season. The Oxford High volleyball team has proven that it is not as tough as one may seem.

The Chargers hosted crosstown rival Lafayette in a first-round matchup of the MHSAA Class II playoffs on Tuesday night. For the third time this year, and twice in the last 14 days, Oxford defeated the Commodores, this time by a score of 3-1 (25-18, 25-15, 24-26, 25-15), to advance to the second round.

Oxford (28-7) will host Corinth on Saturday.

“It’s hard to beat Lafayette three times in a season,” Oxford coach Tara Ross said. “They’re always ready. Even from the last time we played them a week and a half ago. (Lafayette coach) Clint (Jordan) is such a great coach, he already had people moved around. We had to stay focused and play our best.”

The first set saw Oxford battle for a 20-16 lead, closing the opening set for a 1-0 lead with a 5-2 run. The second set was much more competitive, seeing the lead change twice and the score become tied four times before the Chargers pulled away for a 14-4 run.

Jordan was looking forward to the time between matches against Oxford, giving himself an opportunity to game plan and learn what the Chargers do. The first two sets did not provide any results on the scoreboard, but the end of the second and into the third showed momentum was swinging toward Lafayette (18-8).

The Commodores jumped out to a 5-1 lead in the third set and had seven match points, leading 24-17. Lafayette blew the seven-point lead with Oxford tying the set at 24-all and looking to provide a sweep. Lafayette managed to win the final two points and avoid a zero on the scoreboard.

“I felt like we had a great game plan,” Jordan said. “I felt like we executed, but I feel like they had a little more than what we could overcome. They’re a very good ball team. … We knew we’d have to grind out a win if we could.”

Oxford would then follow the third-set loss with a match-clinching fourth-set win, sending them onward in the playoffs and ending their rival’s season.

One of Oxford’s key players watched from the sideline on Tuesday.

Maggie Hobson sat out after suffering a concussion against Tupelo when a ball collided with her head. Ross noted she will be ready for Saturday.