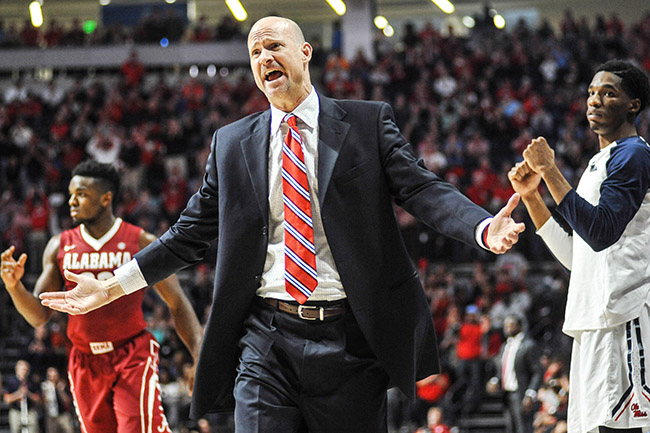 The Ole Miss men’s basketball team was picked to finish ninth in the Southeastern Conference in the media’s preseason poll released Wednesday.

It ties the lowest projected finish for the Rebels since the league did away with divisions in the 2011-12 season. Ole Miss was also pegged to finish ninth a season ago, but the Rebels have been better than their preseason projections each of the last five seasons.

Ole Miss finished tied for sixth in the league last year, going 20-12 overall and 10-8 in SEC play, and hasn’t finished any worse than that since non-division play started.

The Rebels enter their 11th season under Andy Kennedy with just three players who averaged at least 12 minutes a game a season ago. One of them is senior forward Sebastian Saiz, who averaged 11.7 points and 8.7 rebounds, but Ole Miss is having to try to replace Stefan Moody’s 23.6 points a game with seven new scholarship players. Drake transfer Dominik Olejniczak, a 7-footer, will sit out this season per NCAA transfer rules.

Ole Miss will open the season at the Pavilion Nov. 11 against Tennessee-Martin.

Kentucky was again tabbed to win the league while Arkansas forward Moses Kingsley was picked as the SEC Player of the Year. Ole Miss didn’t have any selections to the preseason All-SEC teams.