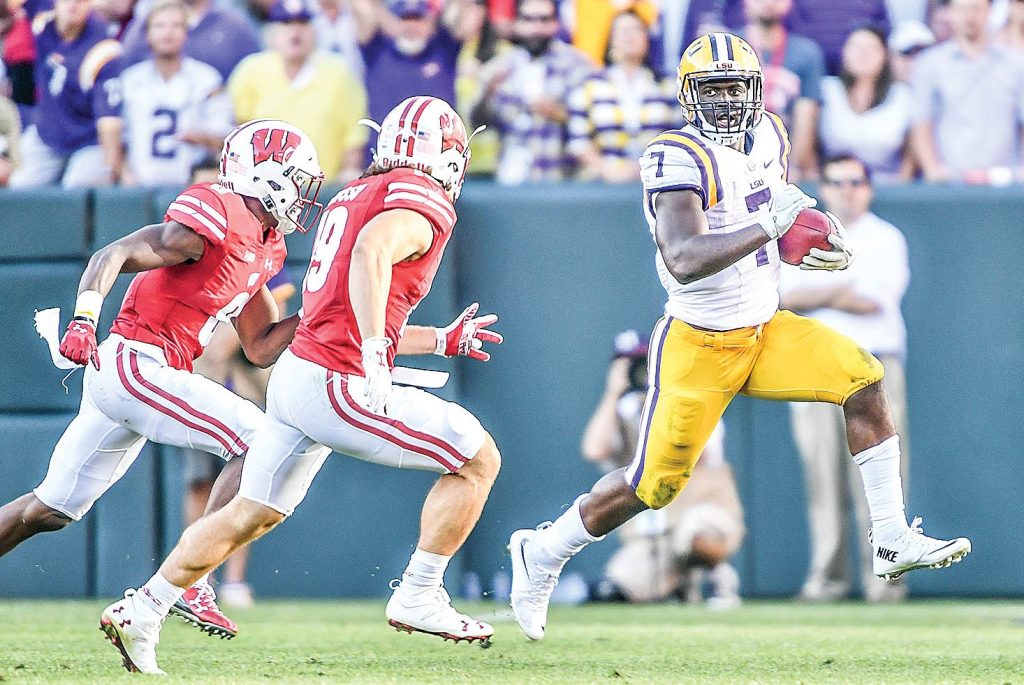 You’re probably tired of hearing and reading about Ole Miss’ porous run defense, but it’s not a topic that’s going away.

In fact, it’s a sore subject that seemingly gets more painful for the Rebels with each passing week. After Arkansas, led by former Ole Miss commit Rawleigh Williams, rolled up 200 more yards on the ground last week, Ole Miss is ranked 104th nationally against the run.

To be fair, the Rebels haven’t stopped much of anything this season. Ole Miss is 74th nationally against the pass with that youthful secondary taking its lumps, but the strength of Ole Miss’ defense — or at least the perceived strength — was going to be stopping the run so that Marquis Haynes and company could help out the back end by getting after the quarterback on obvious passing downs.

Instead, we’re halfway through October and the Rebels are surrendering nearly 213 yards a game on the ground.

And Ole Miss hasn’t even had its biggest test yet.

That will come Saturday in the form of Leonard Fournette, LSU’s beast of a running back who could play in the NFL right now if the league didn’t require him to be three years removed from high school. Not only will the Rebels have to deal with the 6-foot-1, 235-pounder’s bruising combination of size and speed, but it’ll be in top gear as Fournette is set to return from an ankle injury that kept him out of the Tigers’ last two games.

Ole Miss has actually done as well as anybody against Fournette. The nation’s leading rusher per game a season ago, Fournette has averaged just 110 yards against the Rebels his first two seasons, but that was against more experienced Ole Miss units that finished in the top 30 nationally — 29th in 2014 and 23rd last season — in run defense.

In other words, those defenses knew what they were doing. This Ole Miss defense looks like it doesn’t have a clue at times.

Coaches and players continually talk about run fits, particularly at linebacker. The recent recruiting misses at that position are being exposed with the starters there rotating almost every week.

Head coach Hugh Freeze’s latest change to try to get more out of that position is having defensive graduate assistant Christian Robinson coach the middle linebackers with defensive coordinator Dave Wommack working exclusively with the stinger, or outside, position.

But whether it’s linebackers, linemen or safeties, players have to start making plays. Freeze acknowledges different calls could’ve been made in certain situations, but hindsight’s always 20/20. More times than not, Ole Miss is getting gashed because players aren’t in the spots they’re coached to be, they’re overpursuing and leaving their gap responsibility, or they’re in position only to whiff on the tackle.

This year’s defense clearly isn’t what it’s been in the past, but it can be better against the run. It should be, and it will need to be against Fournette and sophomore Derrius Guice, who, by the way, has only been averaging 9.1 yards a carry while filling in for Fournette.

If it’s not, LSU will score a bunch of points, once again putting the pressure on Ole Miss’ offense to keep up. Playing against an LSU defense that’s already got 18 sacks with the support of 100,000 screaming fans in Tiger Stadium at night, I don’t see how that scenario results in a win for Ole Miss.

And if that happens, a team that once dreamed of championships will be left fighting for its postseason life.