Is this what our nation has become? 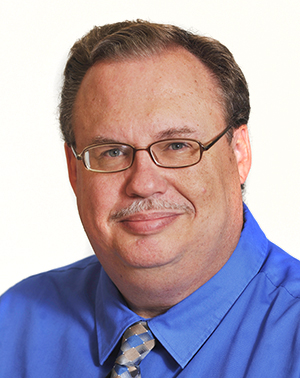 There’s no doubt that times have changed.

As I sat and watched the third and final “debate” literally embarrassed that these were the best two political candidates the American country could come up with, my mind drifted back to when I was a teenager in high school and how encouraging and promising the future looked to an 18-year-old senior.

I was fortunate enough to be a student in Ms. Judy Clark’s American Government class in 1983 at Harrison Central High School and learned the values and principles of what it meant to be an American, but I also learned about the dangerous world that existed outside of Gulfport, Mississippi.

During that time there was a real threat of nuclear war as the United States and the Soviet Union were In the midst of the Cold War. The thought of a nuclear attack frightened me more then than it does now. It was a legitimate threat that fortunately never came to pass due to a strong presidential leader in Ronald Reagan. But today I am more afraid of the threat inside my country than I ever was of the danger lurking outside the borders of the United States.

I understand we all have differences in beliefs and opinions, but the civility of the nation I grew up in under Ronald Reagan no longer exists. That frightens me and saddens me because this is the world my daughter and perhaps one day my grandchildren will be left with.

I didn’t hear during last night’s debate two dignified politicians speaking about their policies if elected president or presenting a hopeful world to my children. I heard two loud mouths condemning the other with vile hatred.

Is this what our once-great nation has come to? One of these two people will be the leader of the free world and that’s a reality I have a hard time dealing with.

And it’s not just the two candidates running for president who are spewing such disgust for one another. As I watched the debate, I kept track on Facebook and saw post after post of pure disdain from both my conservative and liberal friends. Many of these individuals claim to be Christians and the language and hate they exhibited and have shown since the presidential campaign began caused me to wonder what our Creator must think of our nation.

I personally cannot wait until this election, which is by far the nastiest presidential race in my lifetime, is over.

And for the “millennials” who have watched this fiasco I say that it was not always this way. There was once decorum in presidential debates.

I dozed off after writing this column longing for the days in Ms. Clark’s class, thankful for what she taught me and praying for the future of my daughter.

God bless us and help us all.

Rob Sigler is managing editor of The Oxford
EAGLE. Contact him at rob.sigler@oxfordeagle.com.