If experience was the main criteria for the Oxford Board of Aldermen when they were interviewing candidates for Oxford’s new fire chief, then Ronald Mark Heath of Memphis certainly filled the bill.

On Thursday, city leaders announced that Heath would head up the Oxford Fire Department starting Nov. 1.

Heath, who goes by Mark, will replace former chief Cary Sallis who retired from the department earlier this year.

Heath has spent the last 30 years with the City of Memphis where he last served for the last eight years as Deputy Chief of Emergency Medical Services.

He has served for eight years on the Tennessee Task Force as part of the FEMA Urban Search and Rescue with deployments to Hurricane Sandy in 2012 and Moore, Oklahoma in 2013 after tornadoes hit the area.

Prior to becoming deputy chief of EMS services, he served as safety chief for Memphis Fire Department where he started in 1992 as a firefighter and paramedic. He was promoted to lieutenant in 2001. From 1990 to 1992 he worked as a 911 communications officer for the Memphis Police Department.

He completed the Memphis Police Department Academy in 1986 and served as a commissioned police officer for 25 years until he retired from MPD in 2011.

Heath said he looks forward to his new career as head of the OFD and being in Oxford.

“It’s a beautiful setting and very attractive town,” he said. “It’s one of the smaller SEC towns, but it just feels bigger with so much going on and having so much to offer, with it being home to a state university and growing medical community with Baptist’s new hospital coming in.”

Being close to his hometown of Memphis was also a plus for Heath when he decided to apply for the position.

“It’s a great opportunity and it’s still close to home,” he said.

Heath said moving to Oxford is something he and his wife, Debbie, are considering.

The couple has three grown children and three grandchildren.

“And a fourth (grandchild) on the way,” Heath said chuckling.

Health said he will spend the first few weeks of being chief listening to the firefighters and city leaders about their hopes and dreams in regards to the future of Oxford Fire Department.

“I believe in collaboration and teamwork,” he said. “I believe there is great potential to partner with other Public Safety agencies, the Healthcare Community, the University of Mississippi and other entities to capitalize on previous Fire Department success and to move toward further improvements of our capabilities.”

Due to having well-trained firefighters and up-to-date building and fire codes, OFD responds to fewer fires now than it has in years past. Heath said public education also plays a vital role in keeping a community safe.

“Public safety and education will always be in the forefront,” he said. 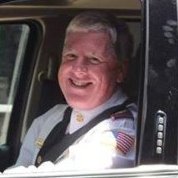