Oxford looks to keep pace in region at Clarksdale 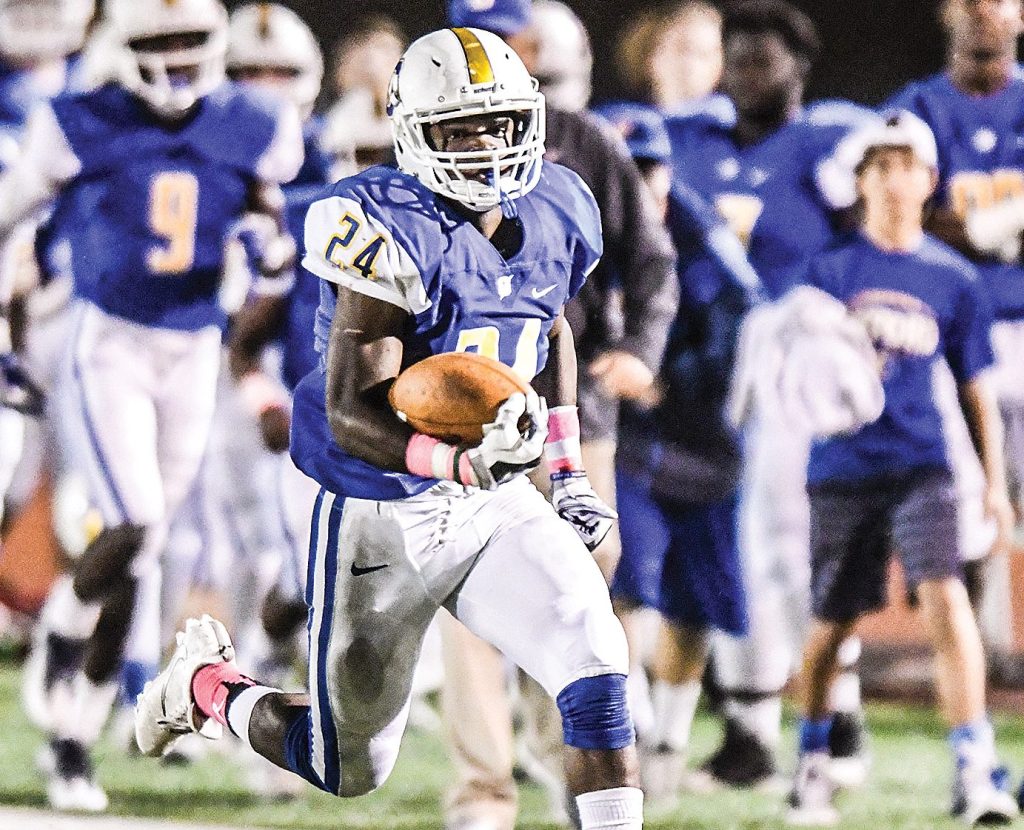 Running back Lance Stewart (24) and the rest of the Chargers’ offense will be tested Friday by a stingy Clarksdale defense. (Bruce Newman)

If Oxford is going to make a run at West Point and the top of the Region 1-5A standings, they will need some help, but they will also have to take care of their own business as well. With a tightly packed bunch right behind the Green Wave, including the Chargers, separation will begin Friday as the final three games of the regular season begin.

Second place will start to sort itself out as Oxford travels to Clarksdale on Friday (7 p.m., 95.5 FM), and both teams are tied at 3-1 in the region, along with Lake Cormorant, and one game back of 4-0 West Point. Oxford plays both of them in this final stretch, along with Center Hill sandwiched in between them.

“What we’ve talked to our guys about is we’re basically in the playoffs already,” Oxford coach Chris Cutcliffe said. “Every game is that big, and it started last week against New Hope. That environment and that atmosphere is how we have to approach each game the rest of the way. Realistically that’s where we are. We’re playing the next few weeks to try and earn a home playoff game, which is a big deal.”

Oxford (5-3) is coming off a 31-13 homecoming win over New Hope and riding a three-game winning streak since their region-opening loss at West Point. During this stretch, the Chargers have gotten their offense back on track, outscoring their opponents 121-26. The defense has fixed some of the holes in their secondary and not allowing the big plays that plagued them at the beginning of the season, which saw them start 2-3.

“We’ve taken better care of the football,” Cutcliffe said. “We’re protecting the quarterback better. We’re running the ball better. Defensively, we’ve eliminated big plays. I still want to see us create some points on special teams and make a big play on special teams. I do think a lot of the things that have given us trouble in our losses we continue to work at and continue to improve on.”

The offense will be tested in finding ways to score points as they face a Clarksdale defense that has been able to keep their opponents from finding the end zone. The Wildcats (7-2) are allowing less than 10 points a game with the most points coming from Tupelo and West Point, who both scored 20 in Clarksdale’s two losses. The flip side of that, Oxford is averaging 24.3 points per game. Something will have to give.

“When you play somebody that is as good as they are defensively, you can’t make unforced errors,” Cutcliffe said. “You can’t make mistakes because they are going to capitalize on them. We have to execute at a really high level. They’re going to make plays, and we can’t give them anything for free. We’ve got to make them earn everything they get.”