4 of 5 Oxford schools earn an A rating 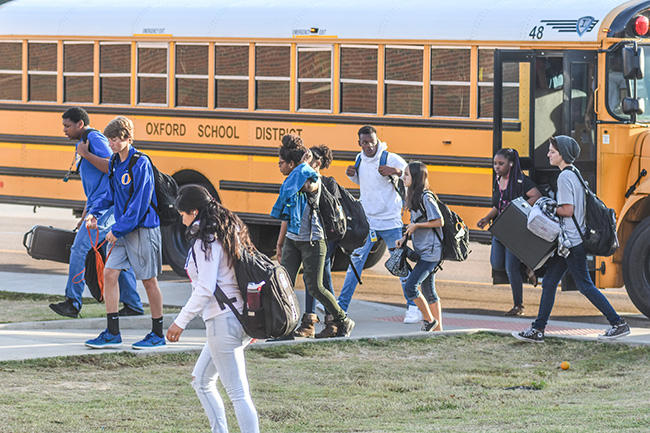 Four out of five Oxford schools received an A rating from the Mississippi Department of Education after the release of the 2015-2016 Accountability Results.

Mississippi’s school grading system is designed to inform parents and communities how well their schools and districts are educating students.

“Our students, teachers, staff and administrators earned this first-place ranking,” said OSD Superintendent Brian Harvey. “They have worked tirelessly with a steadfast determination to be the best public school district in the state.”

Overall, the district earned an “A” accountability letter grade with a total score of 745 points. Schools receive points for performance and growth on statewide assessments and for their graduation rate.

Harvey said that to achieve the highest school district accreditation ranking in the state during the first year of new state test results speaks volumes about the caliber of Oxford students, teachers, faculty and staff.

“We are very proud of everyone in our school district who supports our efforts,” Harvey said. “Our improvement in student achievement is highlighted in a 13-percent gain in mathematics proficiency and over a six-percent gain in English Language Arts proficiency. Our ACT, Advanced Placement and dual enrollment scores also played a large role in our district’s success. Even though we received the most points on the accountability model, we realize that we still have many students who are struggling. We are working to bring all students to proficiency so that they can achieve their full potential.”

The A-F grading system is a way to identify how well students are performing in school, especially on tests and assignments. For school or district grades, several factors are taken into consideration.

Grades are assigned to schools based on points earned. Schools earn points in several categories, such as performance, growth and graduation rate.

“The tests measure more complex, real-world skills, such as critical-thinking, writing and problem-solving,” Harvey said. “Students are being held at a much higher standard, so they can be successful in college or the workforce.”

Lafayette County Schools also scored well, with a B rating, earning 716 points overall. However, Superintendent Adam Pugh said he’s not satisfied with a B.

“We won’t be happy until we’re an A,” he said this morning. “It’s the first time for a new test. We’re going to keep working hard and getting better.”

This year’s grades are not strictly comparable to last year’s because of several factors, including a new standardized test and a recalibration of the scoring system.