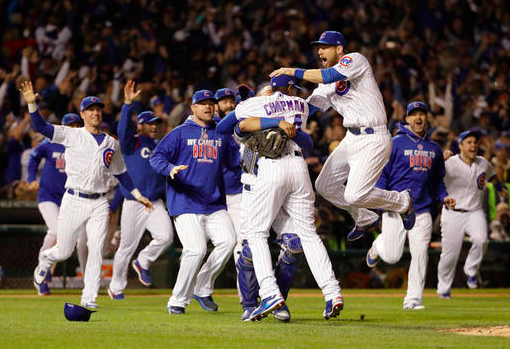 This will be a year to remember for Chicago. The Cubs are playing in the World Series 2016!

Here is the complete World Series 2016 schedule with times, dates, and TV channels.

Cursed by a Billy Goat, bedeviled by Bartman and crushed by decades of disappointment, the Chicago Cubs are at long last headed back to the World Series.

The drought ended when closer Aroldis Chapman got Yasiel Puig to ground into a double play, setting off a wild celebration at Wrigley Field.

Seeking their first title since 1908, the Cubs open the World Series at Cleveland on Tuesday night. The Indians haven’t won since 1948.