Another sluggish start in second half dooms Ole Miss 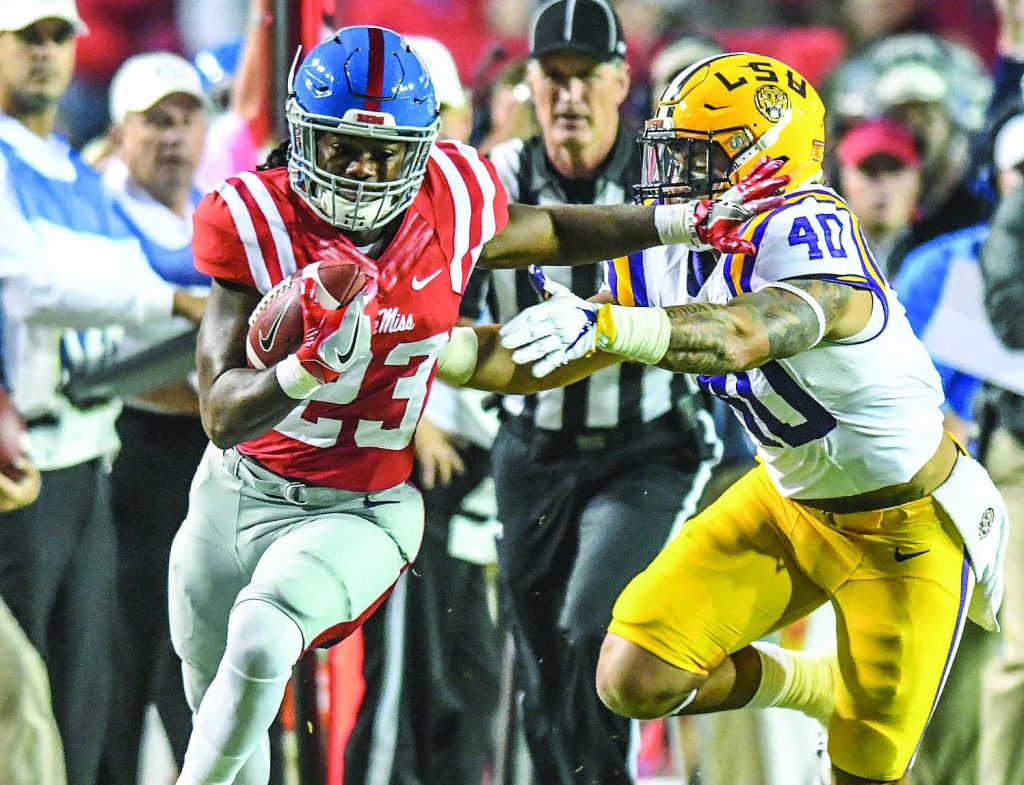 BATON ROUGE, La. — The saying ‘it’s not how you start, it’s how you finish’ may be true in most cases. But, for the Ole Miss offense the past two weeks it has been how they have started the second half. The Rebels offense has been kept out of the end zone in the third quarter by Arkansas and, most recently, LSU the past two weeks.

In both games, Ole Miss was tied heading into halftime, both times they started with the ball in the third quarter and both times their opening drives ending with zero points to show for it. On Saturday, Chad Kelly and the Rebel offense managed to scored a touchdown late in the first half and convert a two-point try to tied the game 21-21 with LSU. Momentum was on their side heading into the locker room, but it stayed there when Ole Miss returned to the field. The Rebels ran the ball three straight times and then punted it away for their first possession of the second half. LSU responded with a 78-yard touchdown run from Leonard Fournette the following play. Ole Miss went three-and-out on their first three possessions of the second half.

“We just came out flat,” Ole Miss defensive coordinator Dan Werner said. “We didn’t play well and (LSU) did. We felt like we had a good game plan in the first half and were basically calling the same plays in the second half and they just weren’t working.”

The injury bug might have once again reared its head towards the Rebels’ offensive line as two starters were injured. Rod Taylor and Jordan Sims left the game early Saturday night and both were due to the same issue. The lineman suffered right ankle injuries and were listed as questionable during the game but did not return. It caused freshman Greg Little to see extended action, which the experienced LSU defensive front took full advantage of several times. Linebacker Arden Key lined up with Little on one play and rushed past the left tackle with the play resulting in a sack of quarterback Chad Kelly.

The extent of both injuries were unknown after the game.

In his first action since the second week of the season, defensive end Fadol Brown made his return to the lineup against LSU. In what was deemed a ‘long term’ injury by Freeze earlier in the season, Brown was battling an injury stemming from last season that had not healed or allowed him to play with a certain level of pain comfortably. In his return against the Tigers, Brown finished with three tackles and was credited with half a tackle for a loss.

This is the first season Ole Miss has had a losing record after seven games since the 2011 season, the year before Hugh Freeze was hired. …It was the first time all season the Ole Miss offense failed to score at least 30 points in a game. …Ole Miss was shutout in the second half, marking the first time the Rebels were blanked in a half since the first half against Florida last season.