Ole Miss drops out of polls 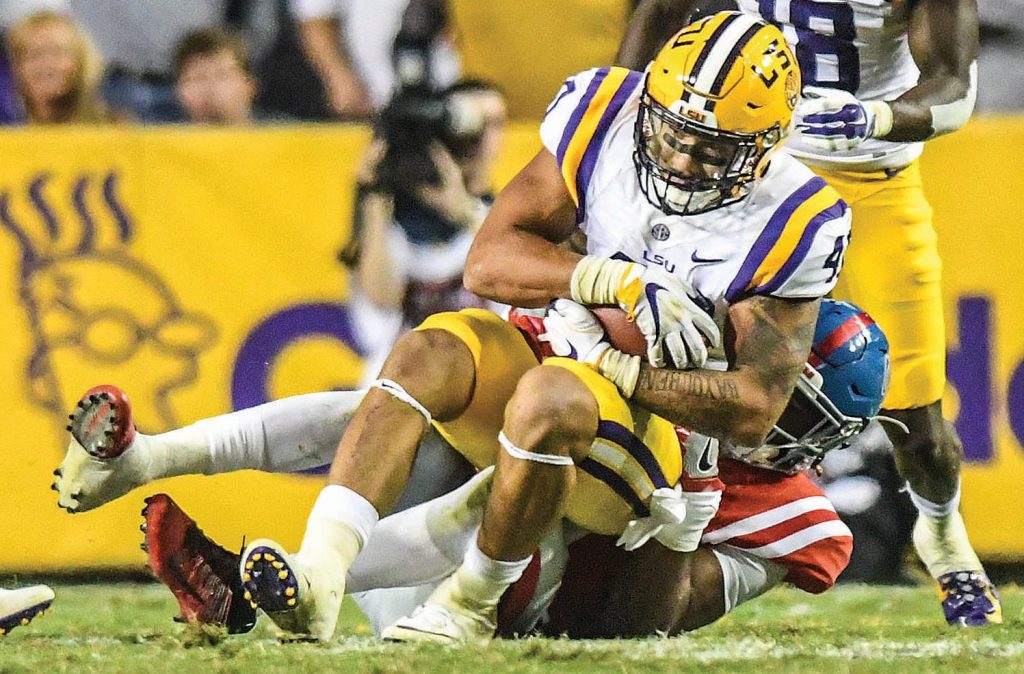 Ole Miss’ plummet in the national rankings is complete.

For the first time this season, the Rebels fell out of the Associated Press top 25 as well as the Amway Coaches Poll on Sunday following their 38-21 loss at LSU. Ole Miss (3-4, 1-3 Southeastern Conference), a team ranked 11th in the AP preseason poll, is on a losing streak for the first time since 2014.

Next up for the Rebels is a home date with Auburn (5-2, 3-1), which has won four straight after a 1-2 start and vaulted to No. 15 in the AP poll following its 56-3 dismantling of Arkansas. Saturday’s kickoff  from Vaught-Hemingway Stadium is set for 6:15 p.m. on the SEC Network.

Auburn and No. 19 LSU were the highest risers, each moving up six spots in the AP poll. Ohio State fell four spots to No. 6 after suffering its first loss to Penn State, which made its season debut in the rankings at No. 24. No. 23 Colorado and No. 25 Virginia Tech also joined the poll after being unranked a week ago.

Alabama remained at the top of the AP poll with No. 2 Michigan, No. 3 Clemson and No. 4 Washington each moving up a spot following the Buckeyes’ loss. Louisville, Ohio State, Nebraska, Baylor, Texas A&M and West Virginia rounded out the top 10, respectively.