This Ole Miss team is what it is 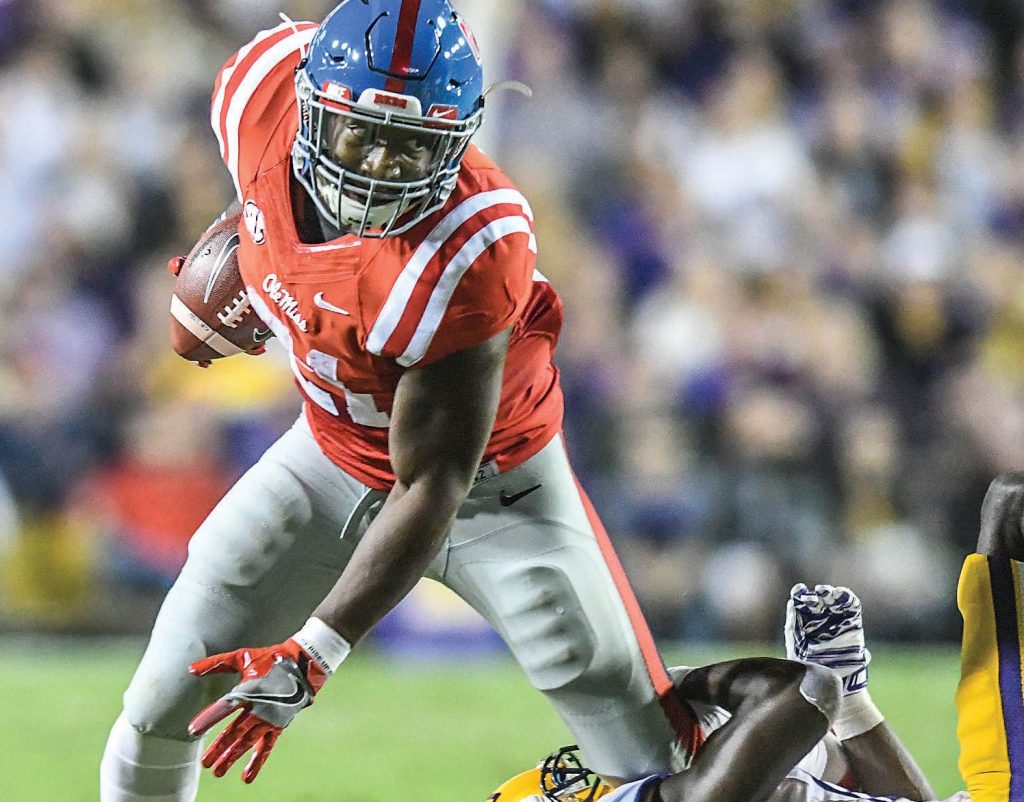 BATON ROUGE, La. — At some point, for better or for worse, every team forms its identity.

And if it wasn’t clear exactly what Ole Miss was before Saturday night, it’s crystal now.

Another week, another running back putting up huge numbers against the defense. I’m not sure Leonard Fournette ever slowed down long enough for the drool to dry that I’m sure came with salivating at the sight of seeing the Rebels.

Another week, another instance where Ole Miss asked its offense to bail it out as a result. Only it couldn’t in a 38-21 loss to LSU on Saturday that was only that close because of a turnover at the end of the first half that made offense cover just 9 yards for its final touchdown.

Now the Rebels have their first losing streak since 2014 and are under .500 again. The loss also guaranteed Ole Miss won’t match or surpass its win total from the previous season, the kind of incremental progress each of Hugh Freeze’s first four teams made.

Granted, it’s hard for anybody outside of Alabama to win nine or 10 games in the Southeastern Conference on an annual basis, but the biggest reason the Rebels won’t reach either of those totals this year is because they simply are what they are.

It’s a team that can’t stop the run and once again can’t run the ball consistently against the better teams on its schedule, a disastrous combination when trying to win football games. LSU’s talented tailback tandem of Fournette and Derrius Guice went up against the nation’s 104th-ranked run defense Saturday and predictably had their way while the Rebels are averaging just 136 rushing yards against SEC competition after a measly 116-yard showing against the Tigers.

It’s putting a ton of pressure on Chad Kelly and these receivers to keep up. The SEC’s top-ranked passing offense has done what it can all year to overcome the defensive deficiencies, but it’s almost to the point where Ole Miss isn’t going to win if the offense doesn’t get points every time it takes the field.

There’s no sugarcoating Kelly’s baffling decision-making on his two interceptions Saturday, but that’s what pressure can do when you feel like you have to be perfect. Kelly and his receivers can’t do it all by themselves, yet there’s a season-long trend of them having to do so.

The struggles at linebacker and in the secondary aren’t going away, and it’s on Freeze and defensive coordinator Dave Wommack to get them fixed. Some of that growth for the young defensive backs will come with experience, but the only fix for some of the deficiencies at the second and third levels of the defense will have to be done in recruiting.

But that doesn’t help this year’s team, which still has five games left.

Next week, it’s Auburn, which has to make Freeze and Wommack shudder. The Tigers on Saturday set an SEC single-game rushing record with a ridiculous 543 yards in their 56-3 pasting of Arkansas, the same Arkansas team that hung 34 on the Rebels two weeks ago.

And Ole Miss still has to go to Texas A&M next month. The Rebels need three more wins to become bowl eligible with the rest of the schedule including Georgia Southern, Vanderbilt and Mississippi State, but the Rebels can’t take afford to take anything for granted.

A bowl game was supposed to be the bare minimum for Ole Miss this season. After Saturday night, playing beyond the Egg Bowl is anything but a certainty.

It will be up to Kelly’s arm and legs to get the Rebels there. For now, that’s just the way it is.