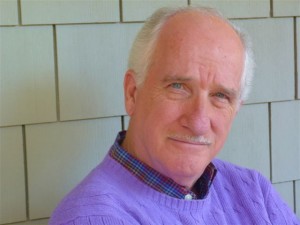 Not everyone has brothers or sisters and for years I’ve been trying to figure out if that’s good or bad.

I’m an only child and many people have told me that having no brothers or sisters simply means that you have missed out on what family life is all about. They say that I missed out on sharing my early years with important young family members who would keep me from a lonely life with no one around to share bedrooms, breakfasts, lunches, dinners, parents, holidays, Christmas presents and all around family time.

OK, that’s one side of the story and a matter of opinion depending on whether your brothers are all jerks and your sisters are all mom’s favorite children. Let’s look at the other side of reality, you don’t have to share your toys with anyone, you get to eat everything on your plate, You don’t get poked in the eye a lot, you’re never blamed for doing something that you didn’t do and you’re, by default, the apple of your parents’ eyes. I’m not sure I see a lot of lonely nights praying for brothers and sisters.

So what’s the answer? Ok, you’ll never guess. It’s cousins. Hey, they’re like brothers and sisters, but you don’t have to take them home after big family events like Thanksgiving, Easter, Christmas, family picnics, and visits to Grandma and Grandpa’s house and the biggest reality is that they are a lot more fun to be around because you all know it’s not permanent.

During my days in a small town in southern Indiana I had grandparents on my dad’s side of the family who lived in the same town. I didn’t know much about my mother’s mother because she died before I was born. Her father, my grandfather lived in a different part of the state, had remarried and I really didn’t see him that much. He died when I was in grade school. I did have aunts and uncles from both sides of the family and they had children that I did see fairly often.

Those were the cousins and all fairly close to the same ages. Then I had great aunts and uncles who had children who were 10 to 15 years older than I was. They were all very nice, as I remember but lived 45-50 miles away and I only saw them on some of the family holidays, mostly Thanksgiving.

My great uncle was named Bert and my great aunt was Gertrude and they lived in New Castle Indiana. They had four children who were also a lot of fun to be with because they always took me to the movies, roller-skating, the five and ten-cent store and we always played a lot of card games and Monopoly. They were three girls and one boy who were a lot older than the girls, so basically I was their little, younger brother. I do remember their favorite pastime was scaring the be-geebies out of me, which I kind of enjoyed because it was always fun stuff. They also would always take me to the scariest moves in town and tell me I might have to walk home alone  that was not so funny.

Uncle Bert was really fun man to be around, he was always making jokes and doing thing, which were just down right fun. When we had big family dinners everyone would look forward to see what Uncle Bert was going to do this year.

I remember one year he put a small tube under the table cloth that was attached to a small, flat bulb that would inflate when you pressed a larger bulb at the other end of the table which would be in Uncle Bert’s hand and hidden under the table. The flat bulb would be under someone’s plate and during the dinner Uncle Bert would make the plate move up and down and it always took a little while for the person to figure out what was going on and the entire table would break into laughter.

Every year the joke would be something new. One year he had a water glass that had small, unseen holes about an inch below the rim. This would cause the person drinking not to understand why they always had water running down their chin every time they took a drink. I miss Uncle Bert. Now that I’m in my senior years I wish I had a brother or sister because now I wouldn’t mind sharing a few things.

Jim McCauley is retired Oxford resident. You can reach him at jimcc@att.net.