Ole Miss in search of defensive leaders, but dissension? Hugh Freeze would ‘never say that’ 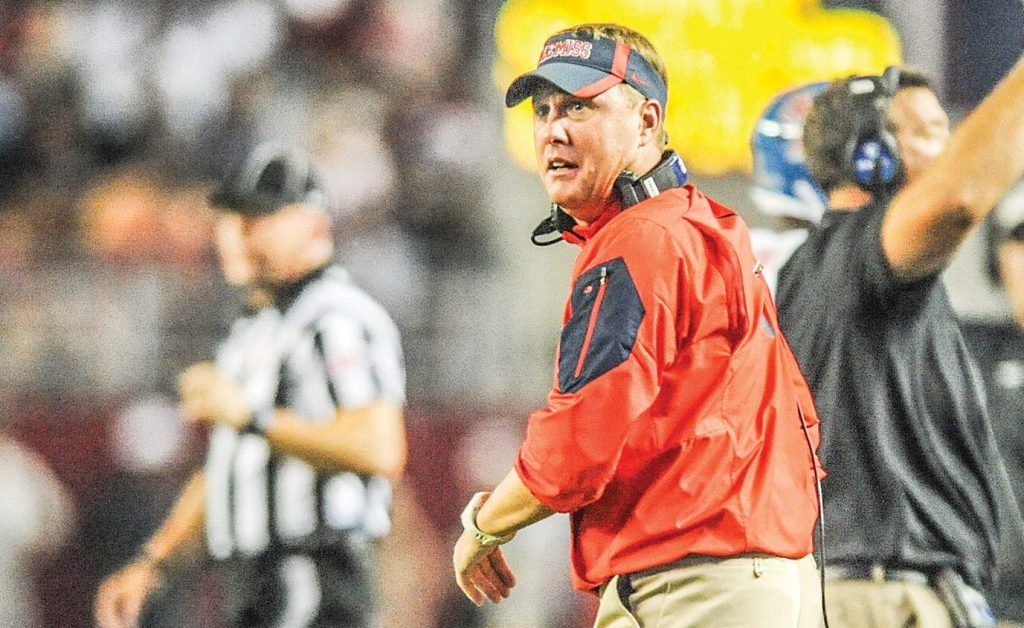 Times are hard for Ole Miss, particularly for a defense that isn’t stopping much of anything.

Ole Miss lost its fourth game at LSU over the weekend with a week still to go in October. The Rebels (3-4, 1-3 Southeastern Conference) haven’t held any of their SEC West counterparts to less than 34 points and now rank 70th nationally against the pass, 89th in scoring defense, 107th in total defense and 113th against the run after LSU star Leonard Fournette had a field day with a single-game school record 284 yards on just 16 carries.

The frustration boiled over against the Tigers as freshman safety Myles Hartsfield and defensive end Marquis Haynes were spotted taking part in a verbal altercation on the sideline during a timeout. During the fourth quarter, ESPN cameras showed linebacker Terry Caldwell walking back to the locker room for what the network reported as a disciplinary issue.

The building irritation isn’t surprising for a preseason top-15 team that’s been searching for answers on that side of the ball all season with a young secondary and a group of linebackers that have come along much slower than anticipated, but head coach Hugh Freeze said the incidents shouldn’t be interpreted as a divide in the locker room.

“I would never say that. I will never let myself believe that,” Freeze said. “Do I think overcoming adversity is the easiest thing to do for young men in today’s time? No. I think it has to be continually addressed, particularly defensively right now. We are searching for some guys that really take the leadership role and do it the right way.”

Freeze said he wasn’t aware of Caldwell being led off the field Saturday night immediately following the game and didn’t elaborate much on it Monday, saying the two would meet about it and handle the situation internally.

Players said the flareups were more about the heat of the moment and less about any discord among them.

“Families argue, and we’re not always going to see eye to eye sometimes,” defensive end Victor Evans said. “We all try to do what we’ve got to do to get on one page. Unfortunately we got caught in that moment on TV. It don’t look nice. It don’t look pretty. But we already know that we all have each other’s best interests.”

Said senior defensive back Tony Conner, “Guys were getting into it with each other. We’ve just got to keep on coming out and execute. It might get a little feisty at times, but it’s just guys trying to correct the secondary guys.”

There could be more angst Saturday against No. 15 Auburn if the Rebels don’t figure something out. Auburn (5-2, 3-1), fresh off an SEC single-game record 543 yards rushing in a 53-point pummeling of Arkansas, will bring the SEC’s top-ranked rush offense into Vaught-Hemingway Stadium against the league’s worst run defense.

The Rebels have held just two opponents to fewer than 200 yards on the ground this season while LSU and Alabama each eclipsed 300 yards. Auburn, paced by 240-pound back Kamryn Pettway, is averaging 5.5 yards a carry.