WASHINGTON (AP) — Young Americans across races and ethnicities are now more likely to support Hillary Clinton than Donald Trump for president, and to say the former secretary of state will help people like them, a new GenForward poll shows.

Clinton’s largest advantage is among young African-Americans, Latinos and Asian-Americans, but the survey in the latest presidential poll updates 2016 also shows a shift to her among young whites in the last month.

GenForward is a survey of adults age 18 to 30 by the Black Youth Project at the University of Chicago with the Associated Press-NORC Center for Public Affairs Research. The first-of-its-kind poll is designed to pay special attention to the voices of young adults of color, highlighting how race and ethnicity shape the opinions of a new generation.

Things to know about young Americans’ views on the campaign:

The poll suggests Clinton has opened up an advantage among young whites, who were evenly divided between the two candidates just a month ago and more likely to support 2012 GOP nominee Mitt Romney than President Barack Obama in 2012, according to exit polls conducted by Edison Research for the AP and television networks.

Clinton has held a large and consistent advantage among young African-Americans, Asian-Americans and Hispanics in GenForward polls, and she continues to hold that advantage in the new survey.

Overall, Clinton leads among young likely voters by 60 percent to 19 percent, including those who merely lean toward supporting a candidate, with 12 percent supporting Gary Johnson and 6 percent Jill Stein. If that holds on Election Day, Clinton would match Obama’s level of 2012 support among young voters, with more of Clinton’s youth support coming from young whites. Trump would fall short of Romney.

By a 42 percent to 20 percent margin, more young adults trust Clinton than Trump on “helping people like you get ahead.” Young blacks, Hispanics and Asian-Americans pick Clinton by wide margins, with young whites more evenly divided.

Majorities of young adults across all groups trust Clinton over Trump to handle race relations.

Neither candidate is seen as honest and trustworthy by most young people, though young people of color are more likely to say Clinton is than say the same of Trump.

The GenForward poll shows most young people weren’t turned off by Clinton calling some Trump’s supporters “deplorable” in September. Sixty-two percent of young adults say they actually agree with that assessment, including 8 in 10 African-Americans, about three-quarters of Asian Americans and Latinos and a slim majority of whites.

The GenForward survey included interviews both before and after the release of a 2005 tape in which Trump makes sexually predatory comments about women to then “Access Hollywood” host Billy Bush. But support for Trump didn’t shift among young voters overall or among young whites after the tape was released, suggesting that the change in young whites’ support came first.

All interviews in the poll were conducted after the first presidential debate. Most young people across racial and ethnic lines say that Clinton’s accusations about Trump’s behavior toward women during that debate made them less likely to support Trump.

The poll of 1,832 adults age 18-30 was conducted Oct. 1-14 using a sample drawn from the probability-based GenForward panel, which is designed to be representative of the U.S. young adult population. The margin of sampling error for all respondents is plus or minus 3.8 percentage points.

The survey was paid for by the Black Youth Project at the University of Chicago, using grants from the John D. and Catherine T. MacArthur Foundation and the Ford Foundation. 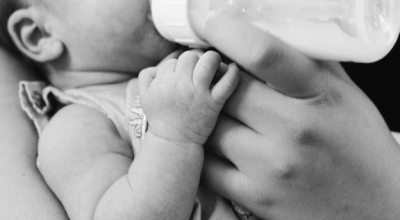