Ole Miss ‘transparent with each other’ during players-only meeting 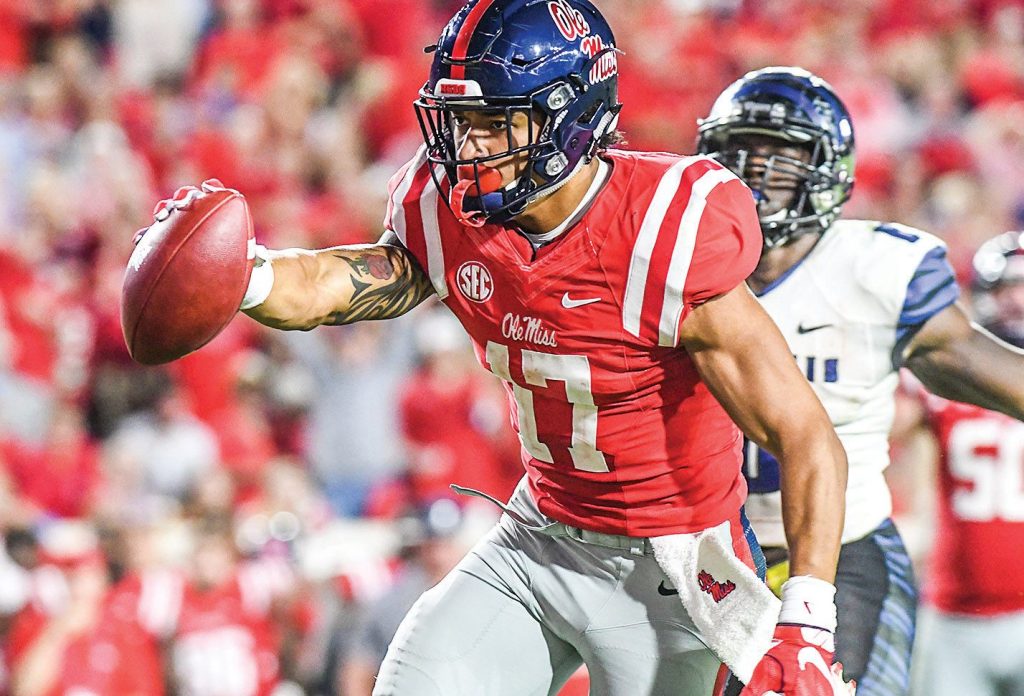 With the reality of Ole Miss’ situation setting in, the team held a players-only meeting Tuesday.

Senior tight end Evan Engram said he, quarterback Chad Kelly and defensive end Marquis Haynes were among the captains who rounded everybody up before practice for a couple of reasons. The players needed a pick-me-up with the Rebels (3-4, 1-3 Southeastern Conference) on their first losing streak since 2014 and staring at a sub.-500 record heading into Saturday’s matchup with No. 15 Auburn at Vaught-Hemingway Stadium (6:15 p.m., SEC Network).

“Before today, I would say it was really kind of just down,” Engram said. “Not out, but just a little down.”

More importantly, it was a chance for players to talk honestly about the issues that have gotten a preseason top-15 team that once had championship aspirations to where it is two months later. The captains spoke, but Engram said it was an “open room” forum where everybody from walk-ons to starters had a chance to speak if something was on their minds.

Engram was the only player made available to the media following Tuesday’s practice. He said he felt everybody received the message the right way.

“We were able to be transparent with each other,” Engram said. “It was just us guys in here just talking it out, and I think it helped us a lot. We’re not out. We’re not down. There’s no sense of giving up. Just a little crushed. We didn’t expect this, so as competitors, it’s a little upsetting. But I couldn’t be more pleased with how the team was today just attacking the day from workouts to meetings to practice today.”

The most pressing point players wanted to get across to each other, Engram said, was accountability.

“We’re all in this together, and I think we have a good outlook going forward. We’re ready to attack the rest of this season.”

Left tackle Rod Taylor and right guard Jordan Sims are both iffy for the Auburn game with high ankle sprains.

Offensive line coach Matt Luke said there’s “a chance” they could play, but Luke is making other arrangements just in case. Freshman Greg Little would start on the edge if Taylor isn’t able to go, and Daronte Bouldin would step in for Sims. Luke is working Alex Givens at guard and tackle while Jeremy Liggins repped with the second team at right tackle during Tuesday’s practice.

“We’ve just got to go day to day and see,” Luke said. “Ankles are a funny thing. Sometimes with a lineman you can put a little tape on there, get out there and play. I’m preparing as if they’re not going to be there, but we might have them both.”

Many of the defense’s issues have been trying to slow down opponents’ running games — the Rebels are 113th nationally in run defense — but the Rebels are still giving up big plays through the air.

Breakdowns in communication among the Rebels’ young safeties are resulting in the some of the biggest of them all, defensive coordinator Dave Wommack said. The latest example is LSU’s second touchdown Saturday where a mixup between Zedrick Woods and Myles Hartsfield left D.J. Chark wide open for a 40-yard score.

“You practice things over and over and over again, but in a game situation, you’ve got to be able to communicate either by hand signals or verbally,” Wommack said. “When you’re on the road like that, for the offense, it’s quieter, so you should be able to do those things. We have both systems in place to be able to communicate, but both guys have got to be on the same page. The pass that they hit I believe for the second touchdown the other night in the game, just a totally blown coverage. It’s one of our base coverages that we run every day.”