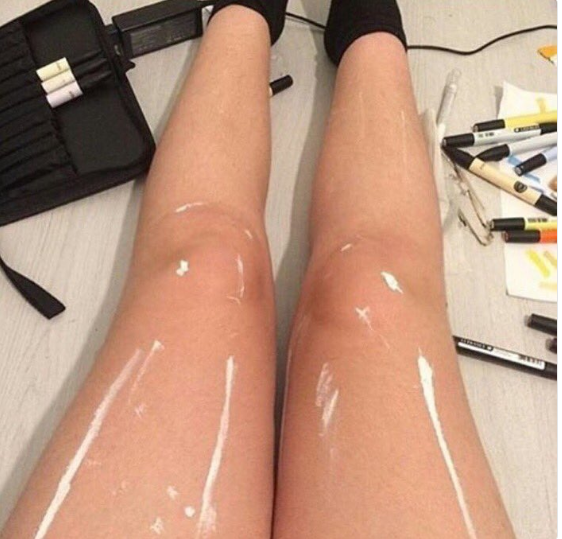 Forget the debate about “The Dress.” Twitter is abuzz about “The Legs.”

The controversy swirling now is whether a photo of a pair of legs shows them shiny or streaked with white paint.

A Twitter user ignited the debate by posting the photo with a question Tuesday: “Are these legs shiny and oily or are they legs with white paint on them?”

The photo seems to create an optical illusion for some people, who responded that they see shiny legs before seeing the paint. Some say once you realize that it’s paint, the shiny illusion can’t be seen again.

The Instagram user, who originally posted the photo last month , says it is indeed paint and not oil on the legs.