Lafayette aims for perfection in 2-4A 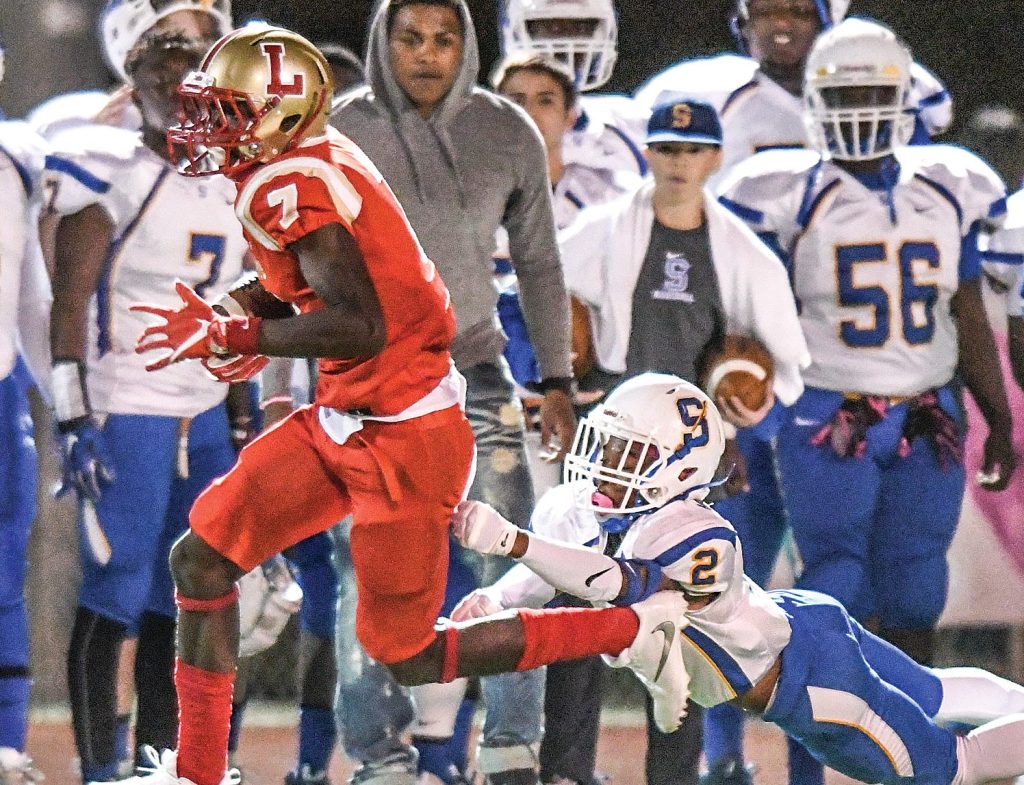 With the Region 2-4A title sewn up, Brandon Turnage (7) and the rest of the Commodores now shift their focus to going unbeaten in the region at Byhalia on Friday. (Bruce Newman)

The week that was Senatobia is over for Lafayette and head coach Michael Fair. The Commodores’ first-year coach defeated his former team, and the Commodores wrapped up the Region 2-4A championship in a 17-14 victory over the Warriors.

“I’m glad last week is over with, to be honest with you,” Fair said. “It was an emotional game, but what a great game it was. Fortunate to come out on top and glad that one’s behind us. Ready to move on.”

There is no rest for a white-hot Lafayette team that is riding a seven-game winning streak as they travel to Byhalia to close out the regular season Friday and look to go undefeated in the region. Much like last week, Fair is not hiding from the opportunity his team has in front of them before beginning their postseason run next week.

“Our goal was to go 5-0 in the region, and we’ve got a chance to accomplish that goal this week,” Fair said. “Going undefeated in the region is a big deal for us. … I’ve told (the team) that there’s two ways you can go into the playoffs. You can kind of go in with a lot of momentum or you can limp in. I think our guys are understanding that.”

Lafayette (7-2, 4-0 Region 2-4A) is facing a Byhalia team that has not won a game since Lafayette started their winning streak. The Indians (2-7, 0-4) are coming off a 34-2 loss at the hands of Ripley last week, but Fair is not looking at the record to get a gauge of how good Byhalia actually is.

“They have a hard time of just getting it all together and going in the right direction,” Fair said of Byhalia. “Talent is not an issue. I’ve known (Byhalia head coach Kendrick) Smith for a while, and he does a good job. They run the ball really well, really hard. They’ll be a little bigger than us for a few matchups. Size wise, they’re real big on the line of scrimmage. Those are all things that concern you as a coach.”

The regular season ends on Friday, and Lafayette knows they still have football left to play after this week, but after starting the season 0-2 and using a bye week to find themselves and improve, Fair has enjoyed the ride since the Horn Lake game when the string of success started for his Commodores.

“It’s been fun to kind of look back a little bit and see how far we’ve come as team and a unit,” Fair said. “You look back at all the things that were new to these young men. Schemes on both sides of the ball, new terminology, them getting to know us and us getting to know them. We’re just so much better right now.”