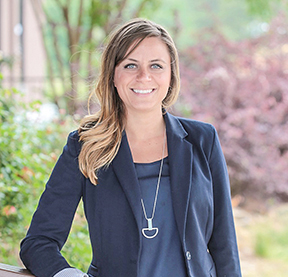 Angela Quadrani is among the participants who are expected to share stories of overcoming addiction Wednesday at the Powerhouse in Oxford as part of 'Telling Oxford.'

Angela Quadrani had her first drink at 10 years old, spiraled deep into alcoholism by the time she was 13 and was in recovery at 18. Now 31, and 12 years sober, she can say she’s never had a legal drink.

Quadrani and others will share their stories of overcoming addiction Wednesday (Nov. 2) at Oxford’s  Powerhouse Community Arts Center as part of “Telling Oxford.” Doors open at 6 p.m. and the stories begin at 7. The event raises money for programs of the Collegiate Recovery Community at the University of Mississippi, including scholarships for students in recovery.

Tickets are $10 for students, $20 single tickets or $30 for couples, and a catered meal is included in the price. Tickets can be purchased here.

For Quadrani, the journey to getting better began at a very dark point in life.

“I couldn’t stop drinking even when I wanted to,” she said. “It would be blackout after blackout. It was just this vicious cycle.

“I never went to jail, but I couldn’t hold a relationship, not with anyone in the family or outside of the family. I was living a life as a person completely different from the person I wanted to be.”

Quadrani’s recovery story is one that started with a difficult home life and progressed into hard partying in middle school, high school and her first year of college at Northern Michigan University before she decided to get sober. Three years after becoming sober, she also developed a “binge-purge” eating disorder. She sought help from a dietician and went into intensive counseling for four months.

Six years into her recovery, the Iron Mountain, Michigan, native enrolled at Ole Miss, where she was a founding member of the CRC and earned a degree in nutrition in 2014. She lives in Memphis, where she works as a treatment consultant for American Addiction Centers.

Oxford Treatment Center, which has a 110-acre campus northeast of Oxford, is among its facilities.

“For those of us who are in recovery ourselves, it’s deeply rewarding to connect others with the treatment they need to overcome addiction,” said Billy Young, CEO of Oxford Treatment Center and a UM alumnus.

“Oftentimes, recovery begins with getting honest and admitting that the problem is real. Hearing the stories of others who’ve known the depths of addiction – and who now live in the hope of recovery – opens their eyes to the realization that if they can get better, so can I.”

Oxford Treatment Center is a co-sponsor of the event, along with UM-CRC and Spillit Memphis, and the event also received support from the Yoknapatawpha Arts Council.

At a recent campus workshop, Josh Campbell, a professional storyteller with Spillit Memphis, helped each “Telling Oxford” participant craft a short, compelling narrative about their experience with addiction and recovery.

The CRC is a tremendous resource for students who want to stay on their path to recovery while earning a degree, said Erin Murphy Cromeans, UM assistant director for health promotion.

About 20 percent of college students between the ages of 18 and 24 meet the criteria for substance abuse disorder, Cromeans said. An event like “Telling Oxford” is extremely helpful in getting the message out to those who need help from CRC and other recovery groups, she said.

“Our CRC benefits the entire university and community at large by building a support system for students recovering from the effects of alcohol and drug addiction, contributing to campus education and prevention efforts, and raising awareness of the recovery process by sharing the contributions of students in recovery,” she said.

Those who can’t attend the event but want to support the UM-CRC can donate directly to the scholarship fund. Contact Brett Barefoot in University Development at bmbarefo@olemiss.edu or 662-915-2711. Gifts may also be mailed to the University of Mississippi Foundation, P.O. Box 249, University, MS 38677. Note UM-CRC in the memo line.