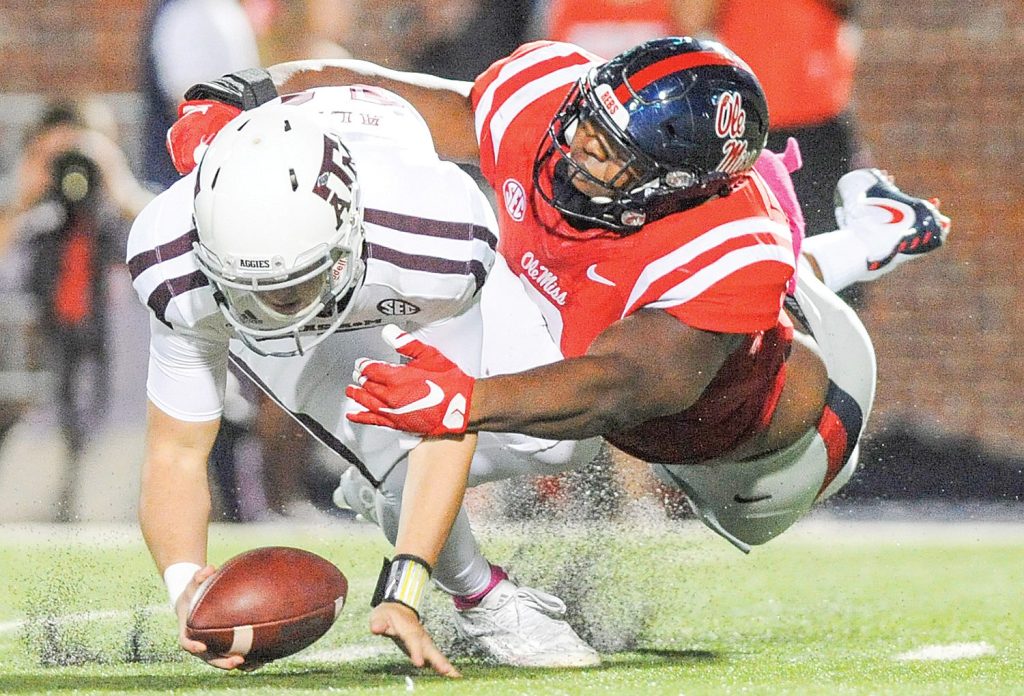 Fans will have to wait a little longer to find out what time Ole Miss’ game at Texas A&M will kick off.

CBS has exercised its six-day option to select which game it wants to broadcast on Nov. 12, the Southeastern Conference announced Monday. The Ole Miss-Texas A&M game is one of five that’s being held for selection by CBS, ESPN and the SEC Network, which means start times and TV designations for those won’t be decided until after this weekend’s games.

The other games the networks will have to choose from are LSU at Arkansas, Auburn at Georgia, South Carolina at Florida and Kentucky at Tennessee. Mississippi State’s game at Alabama that weekend will start at 11 a.m. on ESPN while Vanderbilt at Missouri will begin at 2:30 p.m. on the SEC Network.

The Rebels (3-5, 1-4 SEC) will step out of conference play this week to try to end a three-game losing streak against Georgia Southern in the first-ever meeting between the teams. Kickoff from Vaught-Hemingway Stadium on Saturday is set for 11 a.m. on ESPNU.