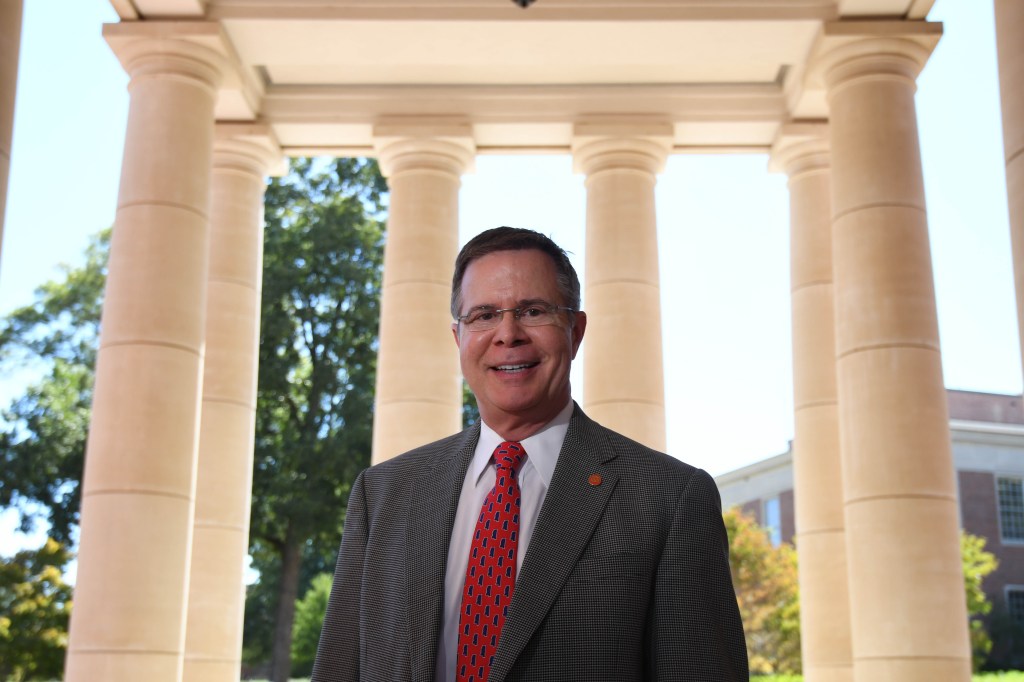 Jeffrey S. Vitter will be inaugurated as the 17th chancellor of the University of Mississippi on Nov. 10 at the Gertrude C. Ford Center for the Performing Arts.

The investiture ceremony, scheduled for 3 p.m., is the centerpiece of a monthslong celebration focused on the inauguration’s theme – selected by Vitter and reflecting an area of deep commitment – “The Power of Higher Education to Transform Lives, Communities and World.”

The investiture of a university chancellor formally installs the institution’s highest-ranking officer, confers upon him the ceremonial accouterments of office, and gives the larger academic and civic communities an opportunity to convene and celebrate their shared values.

“I am deeply honored and humbled to officially follow in the footsteps of the superlative leaders who have served the University of Mississippi as chancellor,” Vitter said. “I have accepted the leadership role of this great flagship university with an urgent sense of purpose that we have a unique responsibility to transform and elevate our citizens through the opportunities offered through higher education. Nothing is more important to the future success and vitality of society.”

The Board of Trustees of State Institutions of Higher Learning named Vitter chancellor on Oct. 29, 2015. The former University of Kansas provost, executive vice chancellor and Roy A. Roberts Distinguished Professor took office on Jan. 1, 2016.

While serving as provost, Vitter initiated a campuswide strategic plan to transform KU into a top-tier research university. He also oversaw the creation of the first universitywide KU Core curriculum, expansion of the schools of Engineering, Business and Pharmacy, and the growth of multidisciplinary research, funding and entrepreneurship.

Vitter brings that same progress-minded leadership of advancing excellence in learning, discovery and engagement to take the university from great to greater.

Although steeped in tradition, investiture is a time to reflect on UM’s many successes, and an opportunity for the new chancellor to share his goals for the future of the university, said Morris Stocks, provost and executive vice chancellor, as well as chair of the Inaugural Steering Committee.

“The ceremony officially installs Dr. Vitter as our chancellor, and gives him a platform from which to discuss themes that are so important to the entire university community,” Stocks said.