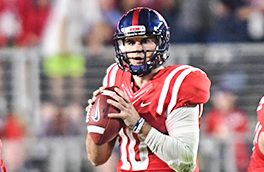 A bump here and a bruise there are painful realities for most offensive linemen during the grind of a season.

But the collective pain up front for Ole Miss is becoming the latest problem on a list that’s long enough.

Freshmen Greg Little and Alex Givens along with reserve guard Daronte Bouldin each made their first career start last week against Auburn because of the injuries that are piling up. Little started at left tackle in place of Rod Taylor (high ankle sprain) while Bouldin got the nod at right guard for a hobbled Jordan Sims (high ankle sprain).

Robert Conyers’ surgically repaired knee has been giving him so much trouble that right tackle Sean Rawlings slid in to center with Givens taking Rawlings’ usual place on the edge, but Conyers was forced into action after Rawlings was helped off the field in the first half with a foot injury. Ole Miss coach Hugh Freeze revealed Monday that Bouldin suffered a hip pointer against the Tigers and struggled to get through Sunday’s practice.

It’s made for an agonizing mess ahead of the Rebels’ non-conference game against Georgia Southern on Saturday (11 a.m., ESPNU).

“It is not good right now,” Freeze said.

Freeze added that the Rebels (3-5, 1-4 Southeastern Conference) didn’t have a complete line to work with at Sunday’s practice. Rawlings is in a walking boot while Conyers is also questionable for this week’s game as it’s “tough” for the senior to move on his knee, Freeze said.

Sims was well enough to fill in for Bouldin at times against Auburn while Freeze is hopeful to have Taylor back this week with the junior coming out of his boot Sunday, but there’s likely to be plenty of youth for the Rebels up front again.

Freeze praised the play of Givens and Little while quarterback Chad Kelly said he didn’t notice much pressure coming from the blind side Little was protecting. Auburn came into the game with 18 sacks but got to Kelly just twice on a night when he threw it 59 times.

“I thought (Little) did an excellent job, especially against such a great front seven where they were mixing up all those guys against him,” Kelly said. “He held his own.”

But the decimation is putting a serious dent in the Rebels’ depth. Tackles Jeremy Liggins and Michael Howard and guard Tyler Putman could see some time Saturday with the next options being walk-ons Jacob Feeley and Talbot Buys.

Freeze could turn to other true freshmen such as Bryce Mathews, Royce Newman, Chandler Tuitt and Eli Johnson, but he said that will be a last resort.

“It is awful hard to burn a redshirt at this late date, so we are going to try our best (not to),” Freeze said. “We’ve got Feeley and Talbot Buys who are two good walk-ons that have worked hard, and we will call upon them to help us get ready. But you sure would hate to pull a redshirt at this point with four games left in the season.”