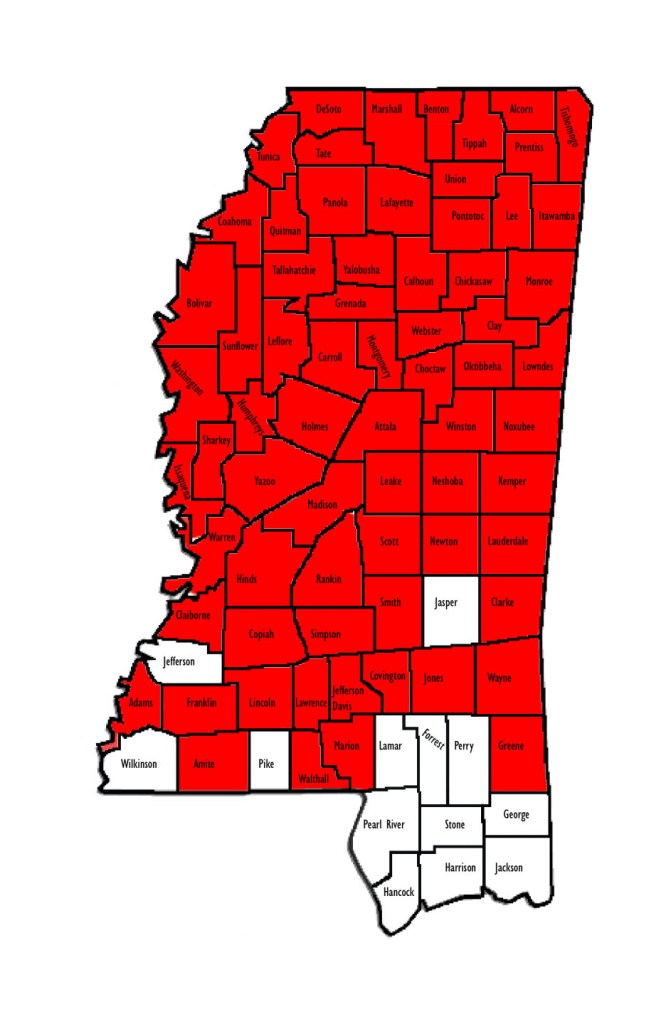 Lafayette County fire coordinators Wes Anderson and Jerry Johnson say outdoor burning is a dangerous situation and urge residents to adhere to the current burn ban that has been in place since early October.

“(Monday), we had a fire weather warning,” Anderson said. “The temperature is up, winds are up and the humidity is down, all in a drought. So simply, don’t burn.”

They both said county and state fire units have responded to several grass fire calls since the burn ban was put into effect due to extreme drought conditions in the county and around the state. Currently, 67 of 82 counties remain under burn bans.

When a burn ban is in effect, it means no outdoor burning is allowed. Burn ban restrictions include campfires, bonfires, fire pits, fire rings, fireworks, burn barrels, brush piles, debris burning, field burning — anything that produces an ember has the potential to start a wildfire. The wind can carry floating embers away from the original fire and start a spot fire up to one-half mile away from the burning area.

Any person who knowingly and willfully violates a burning ban is guilty of a misdemeanor and may be fined not less than $100 and not more than $500.

Fines are enforced by the local sheriff’s department. Anyone that sets a fire is responsible for that fire and the smoke generated by that fire. If a fire escapes and burns or damages the lands/property of another, the person that set that fire is liable for those damages.

Propane/ gas grills, propane/ gas heaters, and charcoal grills are allowed under burn bans. These devices do not produce an ember when they are in use.

One wildfire-related fatality was reported last week in Montgomery County.

On Oct. 27, Mississippi Forestry Commission firefighters were called to suppress a wildfire. It appears that a private landowner engaged in agricultural field burning when the fire escaped his control and became a wildfire, which started to spread quickly. During his efforts to suppress the wildfire, an event occurred which allowed the fire to overtake him. An investigation into the incident is ongoing at this time.

“We are deeply saddened by the news from Montgomery County,” said Charlie Morgan, State Forester. “Wildfires can start with just a spark and spread quickly to endanger forest land, homes, and lives. Please do your part to help prevent wildfires by observing local burn bans and exercising proper fire safety.”