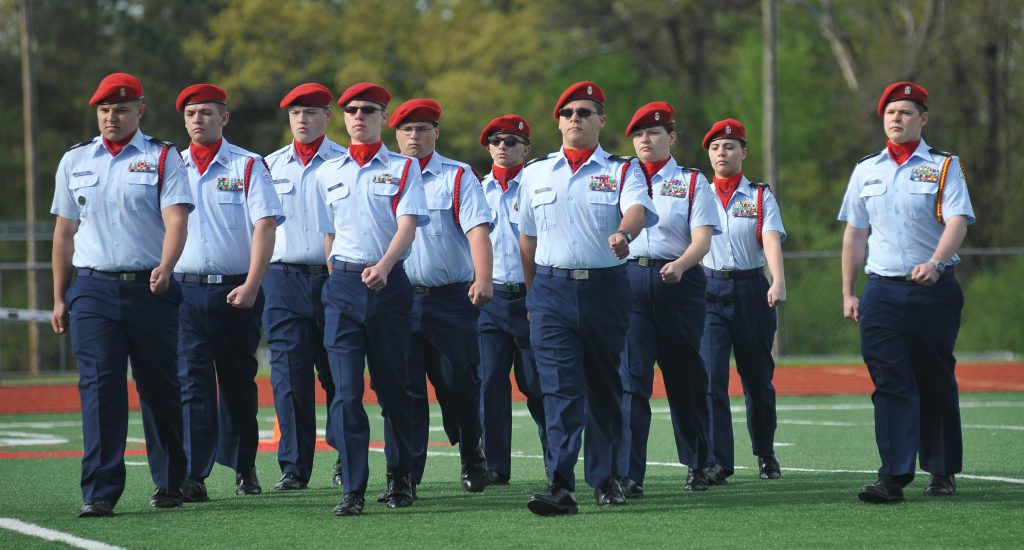 While the Lafayette High School Air Force JROTC Drill Team awaits word on whether they will march in the inaugural parade in Washington D.C., they are asking for a commitment of support from the community to help get them there if chosen for the honor.

The AFJROTC has been working since spring on the application to be selected to march in the parade, slated for Jan. 20.

“We will not know if we have been accepted until late November,” said Maj. Harvey Rice. “We have to be ready.”

As part of the application, the AFJROTC created two videos, which can be viewed on YouTube, and has received two letters of support, one from Gov. Phil Bryant and another from Congressman Trent Kelly.

“Selection from around the nation is highly competitive and is considered a great honor,” Rice said.

“I have every reason to believe that our team will be selected to represent not only Lafayette High School, but the city of Oxford, Lafayette County and the state of Mississippi.

If selected, Rice said the trip will cost about $23,000 for all expenses for the team of 30 cadets and chaperones.

The AFJROTC is not asking for donations at this time, but rather a commitment that when they are selected, a monetary contribution will be given.

“A contribution of any amount is one step closer to our goal,” Rice said.

It would be the first time the drill team marched in the inaugural parade if they are selected.

The drill team has also been selling smoked turkeys for the upcoming holidays and selling soft drinks at all University of Mississippi home football games in order to raise funds.

Commitments to help support their trip if accepted can be made by writing a letter of commitment that includes name, address, phone number, email address and the amount of the commitment and mail it to: LHS AFJROTC, 160 Commodore Drive, Oxford MS 38655 or by calling Rice at 662-232-2423.

Lafayette County burn ban remains in effect due to…