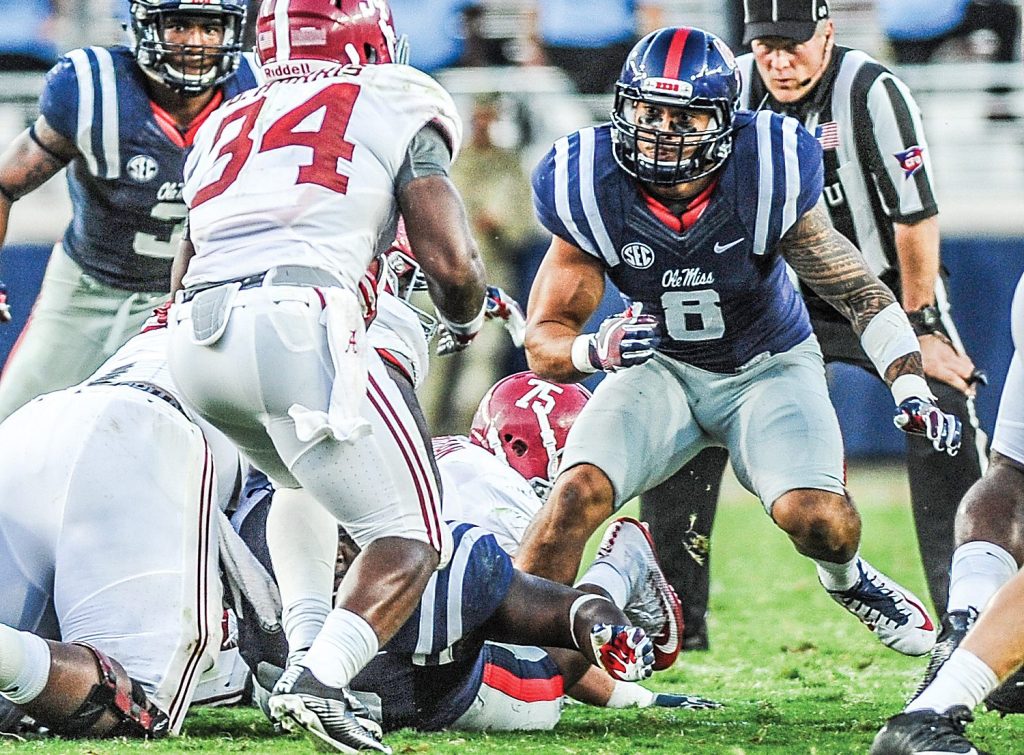 Rommel Mageo’s final season of eligibility hasn’t gone exactly as he’d hoped, but the graduate transfer isn’t dwelling on the past.

He’s focused on his future opportunity.

Ole Miss’ merry-go-round at linebacker has stopped this week on Mageo, who will get the start in the middle against Georgia Southern on Saturday (11 a.m, ESPNU). It will be just the second start this season for Mageo, who’s found it hard to provide the stability at the position he envisioned when he came over from Oregon State this summer.

“More challenging than I thought it would be, but I was able to push through,” said Mageo, who led the Beavers in tackles a season ago. “Now my time has come. It’s time to go.”

His only other start came against Wofford back on Sept. 10. The 6-foot-2, 233-pounder got lost in the Rebels’ constant shuffle at linebacker after that as he struggled to learn the nuances of the Rebels’ 4-2-5 scheme after playing in a 3-4 defense at Oregon State.

Mageo said he’s more caught up at this point, adding he knows “what we’re doing and what we want to do as a whole group.” Defensive coordinator Dave Wommack said Mageo has showed an improved knowledge of the defense in meetings despite getting minimal reps, though exactly how that translates to the field for four full quarters is something Wommack admitted he’ll have to wait until Saturday to find out.

It’s the Rebels’ latest act of desperation to find a more permanent solution at a position that’s been short on production for a defense that ranks 118th nationally against the run. Redshirt freshman Willie Hibbler got the start there last week but isn’t ready, Wommack said. Senior John Youngblood, who’s started all eight games at defensive end, took some reps at linebacker with the second team during the periods of Tuesday’s practice open to the media for viewing.

Linebacker DeMarquis Gates (knee) practiced Tuesday after being limited in Saturday’s game against Auburn. Wommack declined to comment on the results of an MRI Gates underwent Monday but said it’s an injury that will require Gates to “push through some pain” in order to play.

“He just needs to battle back,” Wommack said of Speaks. “He should be and has been a starter around here. Benito’s playing better than he is.”

Linebacker Terry Caldwell (indefinite suspension) was not at practice.

There was more shuffling Tuesday for an offensive line decimated by injuries.

Guard Javon Patterson repped with the first-team offense at center during the viewing periods with Sean Rawlings (foot) and Robert Conyers (knee) both being held out. Starting right guard Jordan Sims and walk-on Jacob Feeley also practiced some at center while guard Daronte Bouldin (hip pointer) gave it a go.

Freshmen tackles Greg Little and Alex Givens, who both made their first career start last week, ran with the first unit.