Mortician’s killer gets sentenced to life

The man charged with killing a local funeral home owner a year ago will be spending the next 35-plus years in prison. 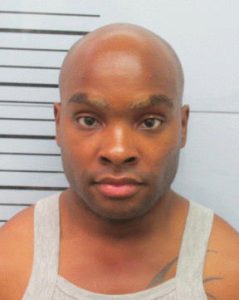 Earlier this month, Nathaniel A. Huddleston, 28, of Oxford pleaded guilty to first-degree murder in the death of Kenneth Roberson, 53, who was found dead in his home Oct. 23, 2015. He died from a gunshot wound to the head, according to medical reports.

Huddleston was originally indicted for capital murder. However, the charge was reduced to first-degree murder in exchange for his pleading guilty. If he had been convicted of capital murder, Huddleston could have been sentenced to death or life in prison without the possibility of parole.

Huddleston will become eligible for parole when he turns 65 years old.

“That’s when he will be eligible to apply for parole,” said District Attorney Ben Creekmore. “That doesn’t necessarily mean it will be granted.”

According to court records, Roberson was found dead at 1:35 a.m. at home Molly Barr Road after the Oxford Police Department received a call from a family member asking the police to check on Roberson.

It wasn’t the first time Huddleston went to jail because of violent acts against Roberson. In July 2015, he was arrested for setting fire to Roberson’s funeral home in Pontotoc. Huddleston was a former employee at the funeral home and his last known address was the same as Roberson’s.

Officials said the fire was set to cover up the theft of a safe. Huddleston was released on a $20,000 bond on Sept. 24 — just one month before shooting and killing Roberson.

A licensed embalmer and mortician, Roberson owned two funeral homes — one in Pontotoc and another in Batesville.