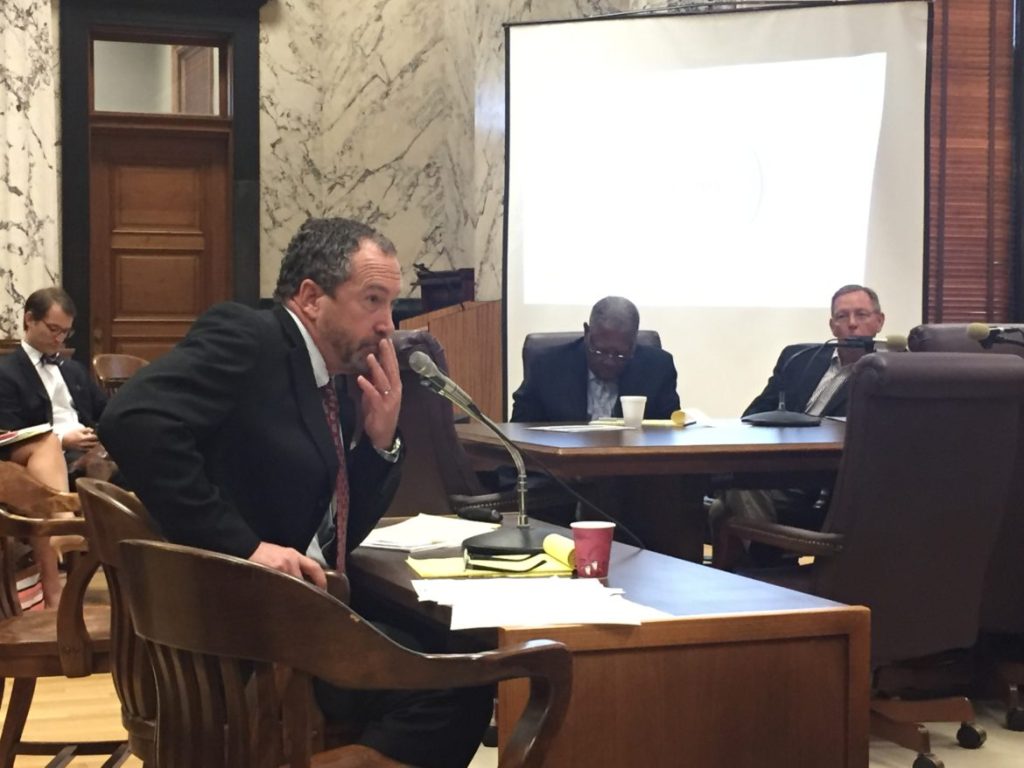 Revenue Commissioner Herb Frierson, who previously served as House Appropriations Committee chairman, presented a bulleted list of reform suggestions to a panel of lawmakers, who have spent the summer and fall mulling a rewrite of the state’s entire tax policy.

Frierson suggested that increasing markup at the state’s liquor warehouse by 1 to 2 percent, as well as charging a warehouse storage fee, could bring in additional revenues. In response, numerous lawmakers peppered Frierson and his staff with questions about the state’s wine and liquor regulations and warehouse.

“When wine and spirits come into the state warehouse, we’ve already received 27 percent markup, which is the lowest rate in nation,” Frierson said. “We might want to go to 28 or 29 percent on that… We’re the only ABC (Alcohol Beverage Control) state that does not charge a fee for space in warehouse. We might want to raise markup on something that takes up a lot of space in the warehouse because of the way it’s packaged.”

Frierson also discussed sports betting, an industry that rakes in $95 billion annually in the U.S. Sports betting is illegal in Mississippi, although Frierson said that “many” Mississippians play the odds. He said the industry could bring in an additional $88 million to $100 million if legalized and taxed on the state level.

“I know these things are very politically controversial with our conservative Christian friends, and I respect their positions, but I’m putting it all into consideration,” Frierson said.

Kaeding recommended lawmakers expand the sales tax base to include fitness, barber and veterinary services, while eliminating business inputs from that base such as business fuel, leases, machinery and equipment.

Additionally, Kaeding said lawmakers should consider speeding up the complete elimination of Mississippi’s franchise tax and 3 percent tax bracket (currently scheduled to occur in 2028) and eliminating its intangibles tax, which taxes the value of stocks, bonds, trademarks and other intangible properties. She said the intangibles tax, which is virtually unregulated in Mississippi, discourages banks from expanding capital and opening new branches.

“No state has a perfect tax code,” Kaeding said. “But I think the goal of Mississippi is to move in the right direction, and that’s something these options would provide.”

During the meeting, Frierson also detailed his support of creating an Internet sales tax on purchases made at large online retailers like Amazon a state sales tax.

“You could implement something like Alabama has,” Frierson said. “Although it’s almost impossible to estimate what revenue we’d make on that at this point.”

Kaeding, however, again expressed opposition Tuesday to an Internet sales tax measure, citing ongoing Congress and U.S. Supreme Court actions that will likely set guidelines and restrictions on the issue. Kaeding said the Tax Foundation’s stance on the issue is that Congress should regulate Internet sales because they are considered “interstate sales,” and she cited potential legal problems if the state were to introduce its own legislation on the issue.