Javon Patterson in line to start at center 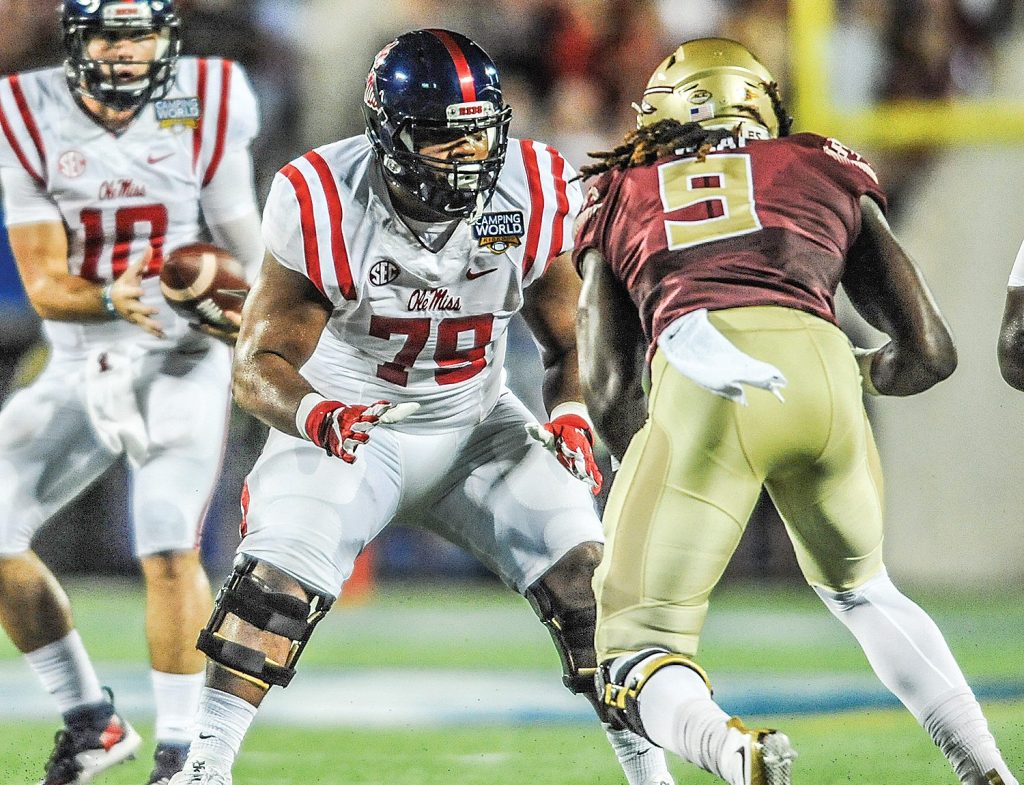 Javon Patterson has made 14 career starts on Ole Miss’ offensive line, though none of them have been at center.

That will change Saturday.

Patterson has been taking first-team reps at center all week in practice and is in line to start there against Georgia Southern (11 a.m., ESPNU) with Robert Conyers (chronic knee pain) and Sean Rawlings (foot) unable to go. Head coach Hugh Freeze said Wednesday that Patterson and walk-on Jacob Feeley will split reps in the game and that hopefully those are the only two who will be snapping the ball to Chad Kelly along an offensive line that’s been decimated by injuries.

“The center will be a guy that’s never snapped a ball in game play, so that can always be interesting,” Freeze said. “But hopefully we can stay healthy throughout the game for sure.

“(Patterson) is the next best guy to snap I think with Sean and Robert being down and not burning a redshirt.”

Patterson, a preseason third-team All-SEC selection, has started all eight games at left guard after starting four at left guard and two at right as a true freshman last season. Fellow guard Jordan Sims has also worked some at center this week and could be an option in an emergency situation.

Georgia Southern and Wofford both run the option, but one isn’t like the other.

Wofford racked up 248 rushing yards against Ole Miss in the Rebels’ 38-13 win back on Sept. 10 with most of the plays starting under center. The Eagles operate out of the shotgun and use two quarterbacks virtually interchangeably in seniors Kevin Ellison and Favian Upshaw, who have combined to run for 703 yards and five touchdowns.

Ellison is the FBS’s active career leader in rushing yards for a quarterback with 3,098.

The Rebels are 118th nationally against the run and have yielded at least 300 rushing yards in back-to-back weeks. Based on what he saw during Wednesday’s practice, Freeze said his defense will need to take advantage of all its practice time over the next two days to prepare for everything they’ll see from the Eagles.

“You’ve got to be so sound, and you don’t get a lot reps seeing that,” Freeze said. “It’s not like you’re just fitting the power (run). We need improvement on that obviously from the last two weeks, but it’s a lot more to it. You’ve got to execute who’s got the tailback, quarterback and pitch man on a lot of different looks and different blocking schemes. We’ve just got to in, clean some things up and hopefully fit those things.”