Prepare to pay more at the meters in 2017 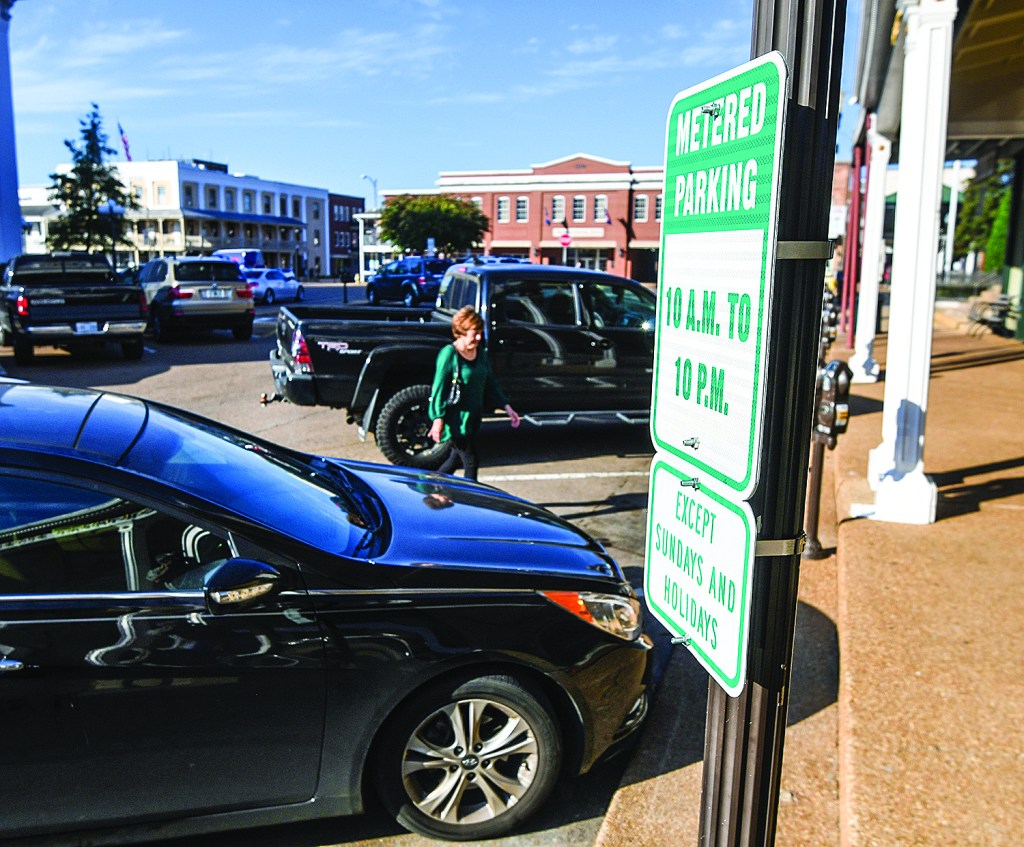 The Oxford Board of Alderman voted 5-2 to raise parking rates at its meeting in Oxford, Miss. on Tuesday, November 1, 2016.

Folks parking in metered spots around the Square will need to carry a few more quarters in their pocket after the new year.

The Oxford Board of Aldermen approved raising the rates for metered parking from $1 an hour to $1.25 during their regular board meeting Tuesday evening. The change takes effect Jan. 2.

Parking Commission Tom Sharpe presented the recommendation to raise the rates on behalf of the Downtown Parking Advisory Commission, saying the increase will help create a “cushion” of revenue to help build and maintain a downtown parking garage, should the board approve its construction.

The board passed the vote 5 to 2, with aldermen Janice Antonow and Jason Bailey being the dissenting votes.

Sharpe said the increase in rates would also help the commission by providing data as to how the raise affects parking in paid spaces as the commission continues its work on planning for the garage.

On Tuesday, Sharpe also presented a recommendation from the parking commission asking the aldermen to approve going forward with the construction of a new garage that would be built in the city parking lot behind Oxford Square North where the Oxford-University Club is located. The garage would be built using a $9 million bond that would be paid back using parking revenue only.

Sharpe presented occupancy data that showed parking in the paid spaces averaged between 55 and 60 percent, while parking in the free, off-street lots averaged around 90 percent, except in the water tower lot near the Oxford Park Commission office.

Alderman Johnny Morgan asked why raise the rates when parking in the metered spots is below full capacity.

Parking commissioner and University of Mississippi parking and transportation director Mike Harris told the aldermen the garage will come with maintenance and operation costs and the extra revenue will help fund repairs in the future.

Not all favor garage

However, whether a parking garage is needed has not yet been voted on by the aldermen.

Antonow expressed concern about the garage and said she wasn’t convinced it would be in the best interest of Oxford.

“I can’t think of anything that would change the character and feel of the Square more than a parking garage,” she said.

“There will be people urinating and vomiting in there,” she said.

She also said that the growing use of alternative transportation in Oxford would leave the garage empty in a few years as parking garages are becoming obsolete nationally.

“People are learning more and more to use alternative transportation,” she said. “We have public transit; we have taxi’s galore; we have Uber. If we build it now, by the time it’s done it will become obsolete within a few years and that’s a sad use of money.”

Sharpe said he respectfully disagreed with Antonow and that parking garages might be becoming obsolete in larger cities but that Oxford’s growth and lack of parking around the Square would support a garage.

Antonow said she’d like to have a public meeting, allowing residents to give their views on whether Oxford needs a parking garage and motioned to table the discussion for two weeks. The board voted unanimously to table the vote and hold a public hearing at its next regular meeting at 5 p.m. on Nov. 15 at City Hall.

The board also heard the first reading of an ordinance amendment that would increase the hours of paid parking from 10 p.m. to midnight. The second reading and public hearing will also be held in two weeks.

Setting the rates for the paid parking is city policy and not an amendment change, and did not require at least two readings and a public hearing before the Board of Aldermen could vote to raise the rates.