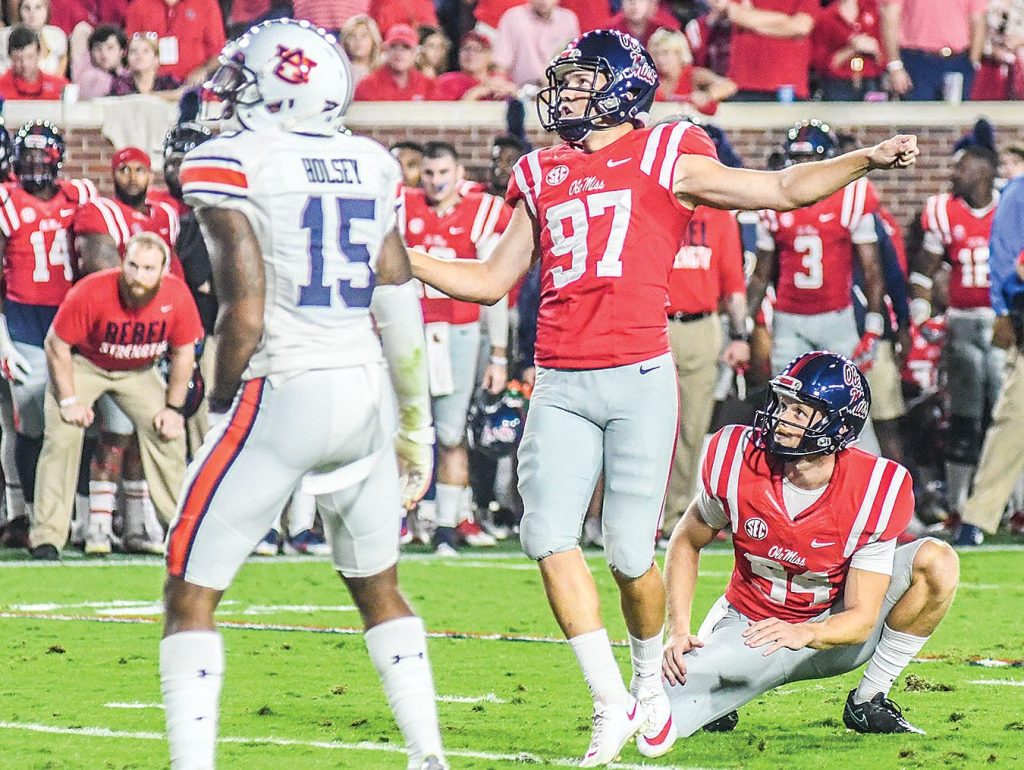 Ole Miss kicker Gary Wunderlich has been selected as one of 20 semifinalists for the Lou Groza Award, the Palm Beach County Sports Commission announced Thursday.

The award is annually presented to the nation’s top collegiate placekicker. Three finalists will be announced Nov. 22 with the winner being announced on the Home Depot College Football Awards Show on Dec. 8.

Wunderlich, a junior, has connected on 13 of his 14 field goal attempts this season, a 92.9 success rate that ranks fifth nationally. His lone miss was a 55-yard attempt against Georgia on Sept. 24.

A native of Memphis, Wunderlich connected on career-long 49-yarder last week in a 40-29 loss to Auburn. He’s averaging a team-best 8.8 points per game while his 1.62 field goals a game are second-most among Southeastern Conference kickers. He’s fifth in school history in career points scored (228), tied for fifth in made field goals (38) and set the single-single record for extra points last season with 63.

Wunderlich is one of two semifinalists from the SEC, joining Auburn’s Daniel Carlson. Jonathan Nichols is the only Groza Award winner in school history, winning it in 2003.