Where do we go from here? On Oxford’s past and future 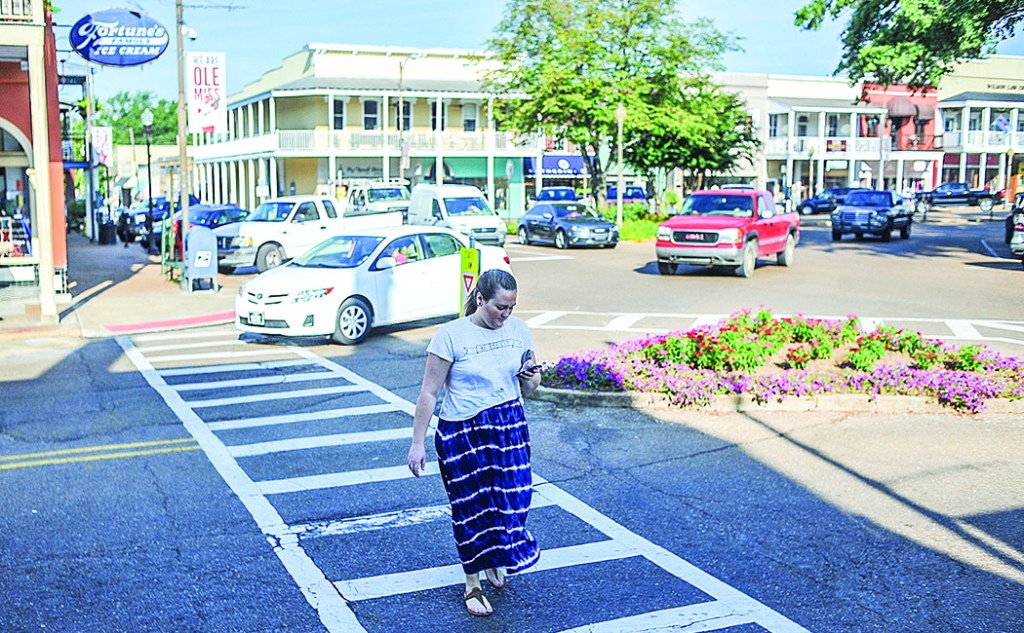 By Carter Wilkie
Special to the EAGLE

I recently came across a travel piece about Oxford, “the Hollywood version of a Southern town.” The description made me wince. Hollywood is make believe. A stage set for the imitation of life. A fabricated backdrop. Fake. Unreal.

It wasn’t always so. My first memories of Oxford are as a five year-old, gathering with four generations of our family at my great-grandmother’s home on Van Buren Ave. (The family homestead in Toccopola had burned down on Christmas Eve, 1920, sending my forebears to Oxford nearly a century ago.)

In the early 1970s, Oxford’s Courthouse Square looked more like Holly Springs does today. A few storefronts were faded and underutilized, their plate glass windows dusty. Old men whittled on benches under the trees while others wearing overalls leaned on their dented pick up trucks, trading news and gossip.

Now, in the 21st century, Oxford’s appeal is so strong because what it symbolizes is so rare: the lost towns across the South that exist only in memories, or the movies. In less than a lifetime, the main streets of most Southern towns have been killed off by Wal-Mart and other economic forces too great to bear. My mother and father each grew up in Mississippi towns of less than 2,000 people apiece. Today, their main streets are virtually ghost towns. Oxford prevailed and endures.

But let’s not kid ourselves that Oxford remains a town anymore. It is a sprawling city of big box stores and restaurant chains, of housing complexes on hilltops and asphalt parking lots consuming the countryside. There is nothing uniquely Southern about another Olive Garden or new brick homes that have metal garage doors where wooden front porches used to be. Historic houses are too expensive for anyone but the wealthy, and what remains distinctive about Oxford, the Square, is almost too cute and boutiquey to feel real.

Faulkner’s Oxford is gone. Oxford has become a victim of its popularity, and every travel writer who touts Oxford as America’s Best Small Town invites more growth, aggravating the growing pains. “It’s hard to argue against success and prosperity, but it’s also hard to deny that much has been lost and Oxford’s golden age is over,” wrote Lisa Howorth eight years ago, in a Garden & Gun magazine article about how Oxford cannibalized its character.

Over the last 40 years, I witnessed a similar transformation happen to Nantucket Island, once the whaling capital of old New England, off Cape Cod, Massachusetts. Until the 1980s, Nantucket was preserved by its remoteness. Then it was discovered. Now, it has become a playground for billionaires, a resort destination more like the Hamptons of New York than the place it used to be.

All the people attracted by Nantucket’s unique sense of place wound up changing the place into something it never was. “This is what happens when too much money descends on too small a location,” the writer David Halberstam once told me. David began his career as a journalist in Mississippi in the 1950s and later made Nantucket his home. Before he died nine years ago, he had grown disenchanted with the way the place had evolved. Could its destiny have been any different?

Nantucket is an island, surrounded by ocean. There are no abutting towns for the excess money to go. By contrast, Hanover, New Hampshire, the home of Dartmouth College and the quintessential New England college town, escaped that fate because it lies within a larger region of well preserved towns in the Upper Connecticut River Valley. Hanover is still livable because its neighboring towns are still wonderful, too. Unlike Oxford, Hanover is not the only magnet for people and money in its region.

The same is true up and down the Berkshire Valley of western Massachusetts, where Norman Rockwell’s town of Stockbridge remains as idyllic as it was, a short drive from the well preserved towns of Lenox, Great Barrington, and Williamstown, the home of Williams College.

Here in North Mississippi, Oxford can avoid Nantucket’s fate if its rapidly beating heart can pump lifeblood into Water Valley and Holly Springs, steering new investment to those old Southern towns while providing an escape valve for new money and investment that would otherwise clog Oxford with too much prosperity and too many high priced homes. In the case of Water Valley, this may be happening already.

Holly Springs could use a Laurence Rockefeller, the scion of John D. Jr., who invested some of his wealth to preserve and reinvigorate the New England town of Woodstock, Vermont, once a faded backwater, now a vibrant and popular destination. Mississippi has men of wealth, but are there men of vision and civic sense?

No power broker has the ability to awaken a sleepy town like the University of Mississippi, the 800-pound gorilla in North Mississippi’s regional economy. Ole Miss has satellite operations in Tupelo and Southaven. Future university expansion into Holly Springs and Water Valley could spawn jobs and other good things there, relieving pressure on Oxford to be all things to all.

There is no going back to the past. Getting the future right, however, requires leaders of Oxford – city and university officials, property owners, bankers, business people and officeholders at the county level – to stretch their understanding of how best to grow this city and its region to make it better than it is, and as good as it can be.

Carter Wilkie is co-author of Changing Places: Rebuilding Community in the Age of Sprawl. This column evolved from a talk delivered at The Conference on the Front Porch, held in Taylor last month.