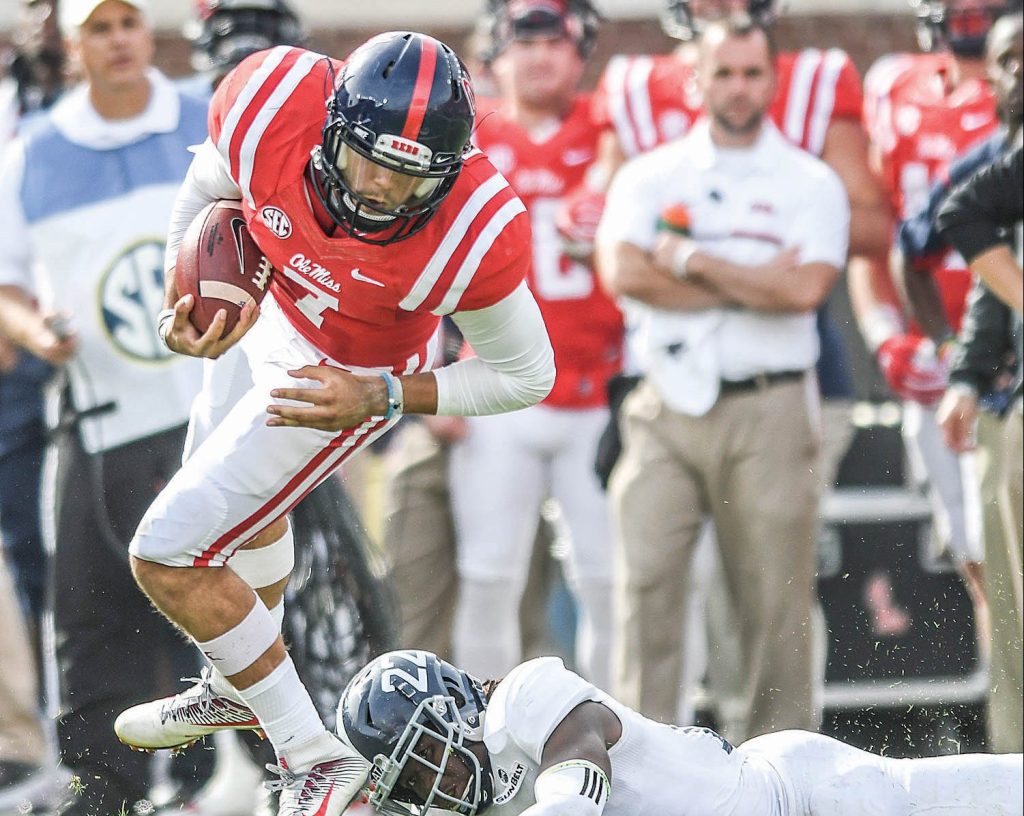 Ole Miss needed a win Saturday, and the Rebels needed to go about getting it a certain way.

It’s a team that’s been plagued by poor defense and a one-dimensional offense, just some of the reasons Ole Miss entered the game against Georgia Southern on a three-game losing streak — its longest since 2013 — but it’s also been ravaged by injuries at nearly every spot on the field.

There’s cornerback Kendarius Webster, running back Eric Swinney, freshman wideout D.K. Metcalf and defensive end Fadol Brown (though Brown looked as healthy as he has all season Saturday with a career-high 14 tackles), but no position has been hit quite as hard as the offensive line, where injuries to Rod Taylor, Sean Rawlings and Robert Conyers resulted in freshmen Greg Little and Alex Givens starting for the second straight week at tackle and Javon Patterson sliding over to start at center for the first time in his young career.

Regardless of how it looked, the Rebels needed to get in against an overmatched Georgia Southern defense that wasn’t going to be able to contain Ole Miss’ passing attack and get out of it a win that didn’t make its injury list getting any longer.

A 37-27 win over a .500 team from the Sun Belt became noteworthy when Chad Kelly went into a medial tent on the sideline early in the third quarter after a defender rolled up on his right knee. Kelly was quickly examined in the locker room and returned to the sideline, but he never went back into the game.

This after defensive end John Youngblood, who’s had to deal with enough heartbreak after losing his father to a heart attack in the spring, suffered a gruesome ankle injury and received an applause from the 60,000-plus fans in attendance as he was carted off after playing for what’s likely the final time at Vaught-Hemingway Stadium.

It’s a shame for Youngblood, a senior who’s fought through not only that tragedy but had also gone from an afterthought in recruiting five years ago to a team captain this season. He was also playing linebacker Saturday to try to help with what’s been perhaps the Rebels’ biggest deficiency this season.

But from a pure football standpoint, Kelly’s injury is the bigger deal.

There may not be a more valuable player to one’s team than Kelly, who’s thrown for an SEC-best 2,755 yards, run for 332 yards and accounted for 24 touchdowns in nine games. The Rebels have needed every one of them to win games — or just to be competitive in them — with a defense that had given up more points than anybody in the league at the start of the day.

Freeze didn’t want to speculate on the severity of Kelly’s injury afterward. He’ll find out soon enough with Kelly scheduled to have an MRI today.

Kelly was moving gingerly on that right leg during the second half and went back and forth between standing up and sitting on the bench, but maybe it’s not as bad as it appears.

But if it is, it sounds like the offense will be handed over to Jason Pellerin, who’s been used more as a runner than a thrower when he’s played. Freeze doesn’t want to pull the redshirt off Shea Patterson, and with the season being relegated to a fight for bowl eligibility with three games left, he shouldn’t.

Saturday’s win was supposed to be relatively stress-free with the offense rolling and the defense trying to find some solutions. Instead, there are more problems to deal with for an Ole Miss team that’s already got plenty.