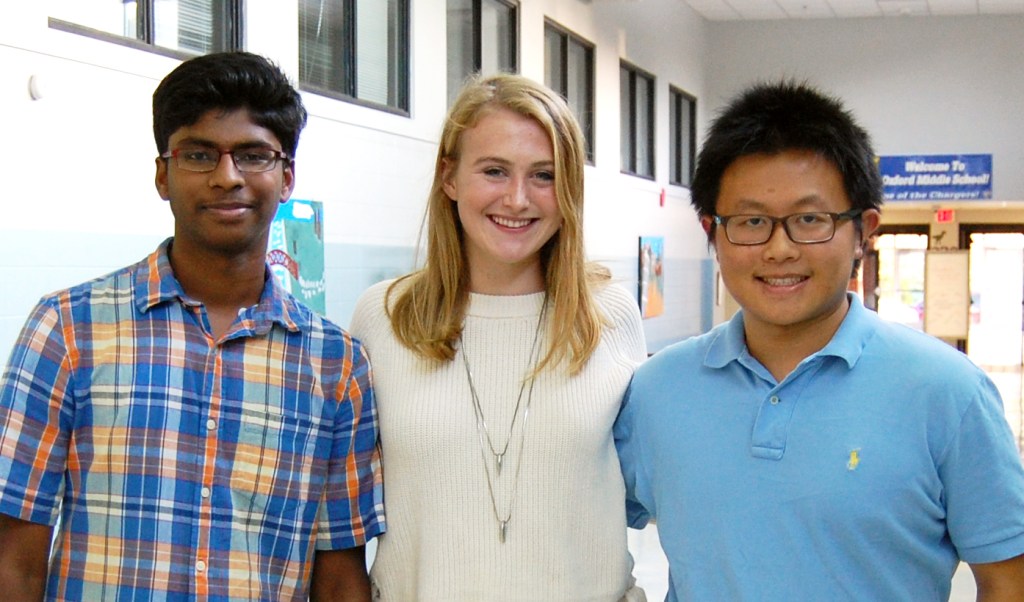 Oxford High School seniors Nitin Ankisetty, Shawn Chao and Rebecca Anne Hardy are among an elite group of high school seniors who are semifinalists in the 2017 National Merit Scholarship Program.

Semifinalists are selected based on their scores on the Preliminary Scholastic Aptitude Test/National Merit Scholarship Qualifying Test (PSAT/NMSQT) in their junior year. Semifinalist status is awarded to the students from each state who scored the highest on the exam and is proportional to the state’s percentage total of graduating seniors.