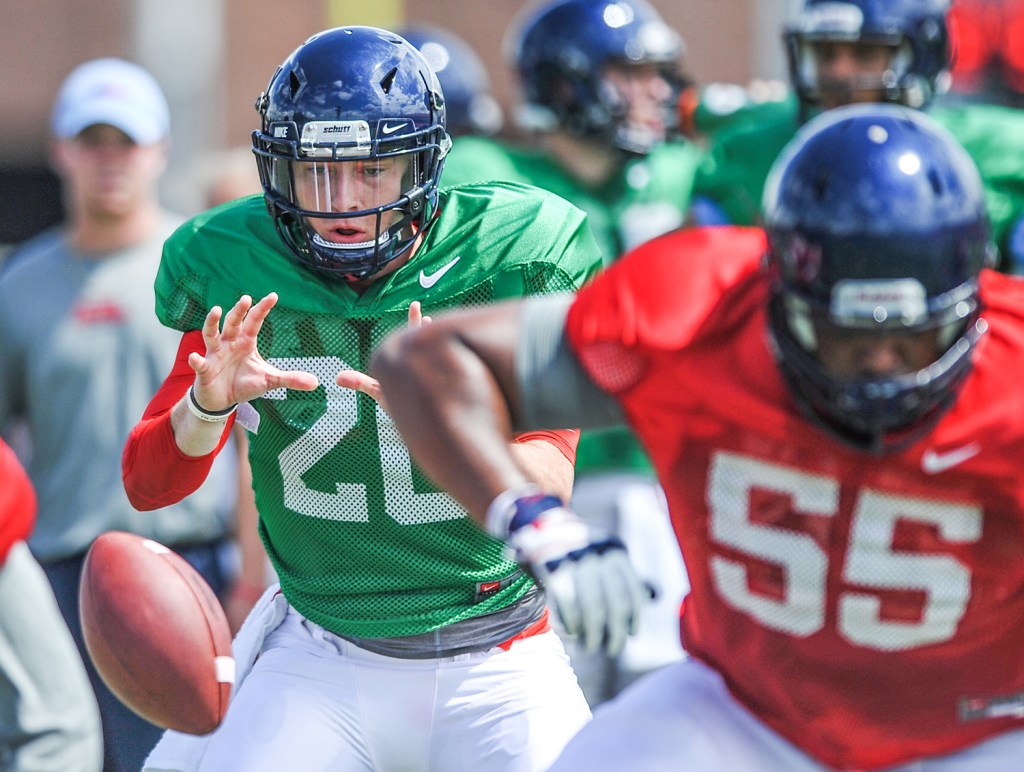 Let me go ahead and say this: I don’t think Shea Patterson should play this season.

I may be in the minority with this opinion, but he’s yet to play with three games left in a season that’s going nowhere. I get fandom — my heart’s in Pittsburgh with the Steelers, Pirates and (to a lesser degree) the Penguins — so I understand many Ole Miss fans wanting to see the five-star quarterback get his shot and help the Rebels try to salvage something now that Chad Kelly is done, but there’s a bigger picture that has to be seen here.

Kelly was really good — the best in the Southeastern Conference as far as quarterbacks go — which has allowed Hugh Freeze to stick to his plan of redshirting his prized freshman and save a year of his eligibility. If Patterson is as good as Freeze and, well, everybody else in the college football world thinks he’s going to be, then Patterson is likely off to the NFL in two or three years (players are eligible for the draft once they’re three years removed from high school) and all of this becomes a moot point.

But there’s no guarantee that happens.

Even the most talented players coming out of high school — and from seeing him in camp settings and in some limited practice windows, I can say without hesitation that Patterson is supremely talented — need time to adjust to the college game against players who are just as good if not better, and some need more time than others. Again, maybe Patterson kills it from the start, turns into a first- or second-round draft pick in 2019 and makes this whole debate seem silly by then, but what if he’s a really good redshirt junior quarterback for Ole Miss in 2019 and has the option at the end of that season to return for a fifth year in 2020?

You’re going to eliminate that possibility for three games this season? Just to try to get to a lower-tier bowl game?

Freeze is the one getting paid $4.7 million this year to answer it. He’s getting paid all of that money to make decisions he feels will help the Rebels win as many games as possible, which is the other side of this coin.

As many times as he’s reiterated that he’d prefer to keep Patterson off the field, if Freeze feels Patterson gives Ole Miss a better chance than fellow freshman Jason Pellerin to win the rest of the way starting Saturday at Texas A&M, then maybe he rolls with him.

But if Patterson is better at this point, why not just come out and say it?

Instead, Freeze said Monday there won’t be any equal distribution of first-team reps during practice this week. Pellerin will prepare to be the starter against A&M, an indication that Patterson, who’s been on the scout team and didn’t travel to Arkansas or LSU last month, isn’t the best option right now despite the fact that he, much like every other five-star recruit, may feel like he is.

“He is ready to go,” Freeze said. “He wants to go play, but it is not a decision I can make out of emotion. I want to really think through it.”

Freeze is the well-paid adult here who was seeing the bigger picture through a crystal clear lens before he lost his star quarterback. He’s running a program that he hopes can compete for future championships with Patterson as his quarterback.